Home | The Curse Of Raven Height – Minnesota Made Horror

The Curse Of Raven Height – Minnesota Made Horror 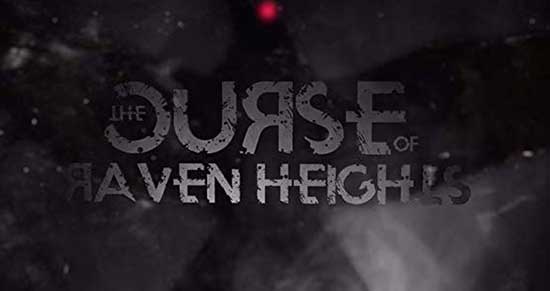 The Curse Of Raven Height’s is a Minnesota made horror film written by Wesley Johnson and Directed by Blair Smith. The film follows a young family as they struggle to keep up with the horrors Raven Heights has waiting for them at the property recently left behind from there deceased aunt Ginny.

The film went into production in May of 2019 filming near little falls MN. The story began as a featurete and the team shot 45 pages of the film Behind Director Blair Smith( fallen father, unworthy a web series, costumer@ The great war” starring Ron Perlman and Billy zane) Director of photography Jacob Velander (georgia rock, Christmas break in,prode and prejudice) After shooting the first 45 pages the crew realized they were onto something and now are in the process of editing the 50 minute cut with help from editor and executive producer Steve Muckway to pitch to potential investors to lengthen the film, the film plans to go back into production this upcoming April 2020 with a September/october 2020 release date. The team self funded the first 45 pages and if no money is raised off the featurete the team still plans to finish and self fund the film on time.

The movie stars MN legendary actors Jane Hamill, Paul Economon, Sally Anne Hunt, Hannah theisen, Melissa Paakh, and Eric Johnson jr. The team Hope’s to add some b list hollywood talent to the next round of shooting, which will all take place before the story of what was shot, giving a bit of backstory on the property and what makes aunt Ginny tick.

The curse of raven heights is the first feature from the duo Glass cellar productions (founder Blair smith) and wes effect entertainment. (Founder wesley johnson) the two have worked on several short films together and are a continuing partnership duo of horror films being made in Minnesota.