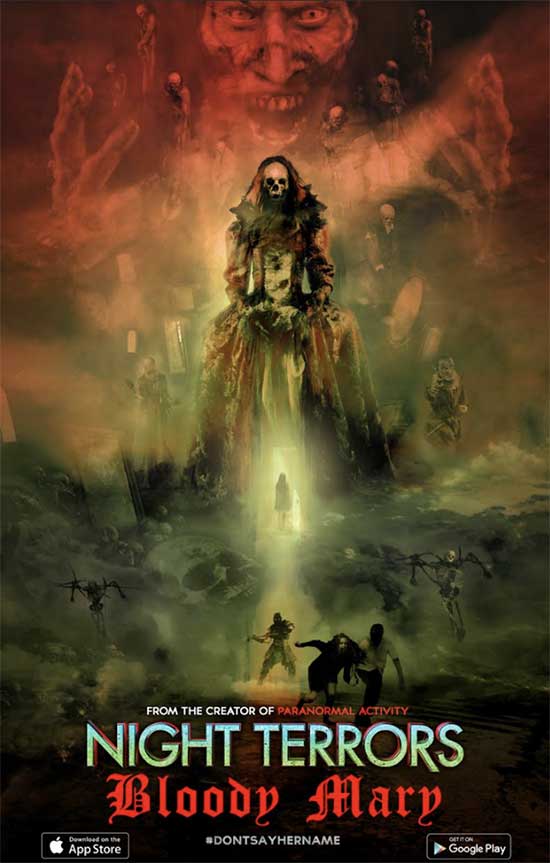 NIGHT TERRORS pioneers state-of-the-art technology to immerse users into a survival-horror experience. Last year, they launched the first version of the game, Bloody Mary: Queen of the Damned, with huge success. Now, they are back again with the sequel for iOS and Android, BLOODY MARY: REFLECTIONS OF EVIL.

Made to play indoors, at night, with your lights off and headphones on. Launch the app and say Her name three times…Bloody Mary, Bloody Mary, Bloody Mary. Your environment is then filled with terrifying creatures – demons, souls and other petrifying entities. The device’s display, LED, and other system features are utilized to create individually tailored scares using practical content paired with binaural ASMR audio in order to truly immerse players in an augmented reality experience unlike anything else. This experience is best suited for teens (13+) and up.

Thank you so much for your time. We would be honored for you to try the sequel out and share it with your audience. Below are links to test the game for free.