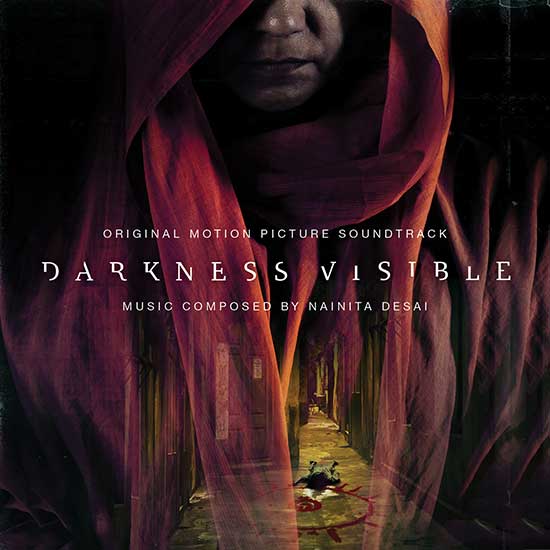 After successfully releasing her music to Telling Lies, For Sama, Enemy Within and the lush symphonic score to Untamed Romania, Nainita Desai now releases her unconventional score to
BFI supernatural thriller ‘Darkness Visible’.

The OST album is now available via MovieScore Media

Desai now also reveals her score to Neil Biswas’ supernatural thriller Darkness Visible (check the trailer here). This BFI production was released in US theaters earlier this year and is currently playing in UK theaters.
Darkness Visible is a supernatural thriller set in India. London-raised Ronnie is distraught when his mother, Suleka, suddenly goes missing and then mysteriously turns up in a Kolkata hospital. Ronnie follows, discovering an extended family his mother never talked about, and a strange feeling stirring inside him as he visits his “homeland” for the first time. Before Ronnie can unravel what brought her to India, Suleka dies in an apparent ritual killing, with more deaths pointing to a series of past murders that stopped 28 years ago when Suleka left India with baby Ronnie. As the darkness within Ronnie grows and the murders reach their zenith, all roads lead to the feared witch of Kolkata’s insane asylum – Rakhee.

For this particular movie, Nainita Desai and director Neil Biswas were inspired by strong – instant classics – psychological horror movies:
“We did not want a conventional horror score for this film. We avoided using clichéd Indian instruments such as the sitar or tablas. We were after a much more cerebral atmospheric score that portrayed the inner journey and character transformation of Ronnie.
I could identify with the essence of the main character as he is an ‘outsider’ trying to connect with his roots when he arrives in India as a stranger. The ethnicity of the score is something that is embedded in my own DNA so it’s not something that I had to work hard at bringing out. It was already there !
I have been particularly inspired by the atmosphere evoked by films such as ‘The Shining’, ‘Angel Heart’, and ‘Don’t Look Now’ – real classics of psychological horror – that look at the unravelling and descent of the main characters and in the case of ‘Don’t Look Now’ – also the ‘under the surface’ underworld portrayal of a busy bustling city. With Neil Biswas, we did not want to resort to conventional horror scores relying upon the over-use of shock effects and stings.”

“I wanted to use sound sources pooling from Indian classical traditions, the female voice and analogue synths as well as ancient 16th century stringed instruments. The music helps to illustrate the unveiling of the layers of Ronnie’s character. I wanted to explore the concept of evil – present within Ronnie, that grows and envelopes him the deeper he immerses himself into the sub-culture of the city.

During the filming, I wrote lots of sketches and thematic ideas away from the pictures – to find themes that represented Rakhi and the concept of Evil that encroaches and grows more prevalent, and also a theme that represented the beating pulse of the city.
I used slightly unconventional Indian classical instruments such as the Sarangi and ancient bowed instruments such as the Viol and Violette to create atmospheric motifs and textures.
I used the immediacy and emotional quality of the human voice to represent Rakhi – a powerful, raw organic element that would hopefully give it a visceral quality, almost like a siren calling – that seduces and lures Ronnie deeper and deeper.

The city also has its own rhythm so in some instances, the score evolves out of the natural sounds of the city such as the revolving ceiling fan, or the bell of a rickshaw, when it transforms into an incessant heartbeat weighing heavily on Ronnie.

The OST album is now available via MovieScore Media

Allowing for the process of experimentation we also experienced at times, what I call “happy accidents”- when you write music away from the visuals and lay it against a scene for which it wasn’t originally intended, you gain a difference connection and outlook on the story and it brings out a hidden sub-text and meaning.” 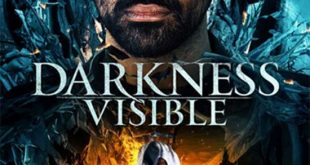