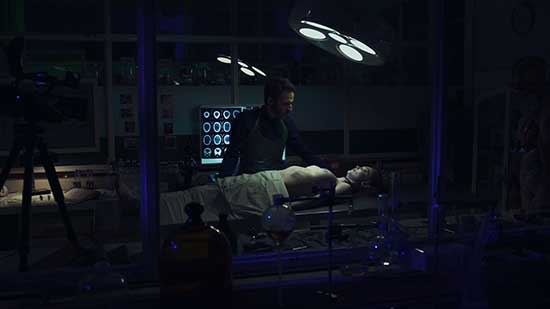 Teaser of the new version of “THE BLACK OCTOPUS”, the suspense miniseries starring “Master of Horror” Narciso Ibáñez Menta that broke all the audience records in Argentina in the 80s, was released.

“THE BLACK OCTOPUS” was one of the seven projects selected to participate in the SITGES PITCHBOX, among more than two hundred and fifty submitted from all over the world.

The teaser was directed by Nicolás Onetti, who in 2017 was distinguished in that same contest with the award to the most promising Director. The script was written by Luis Murillo, the original author of “The Black Octopus”, together with his son Luis Murillo Arias (screenwriter of “El Internado”, the successful series of Antena 3) and the argentinian Hernán Moyano, and produced by 16: 9 Cinema and Black Mandala.

The teaser is starred by Miguel Ángel Solá, who in his off narration performs the legendary character Héctor de Rodas, and Gustavo Pardi (“The Marginal”) and María Eugenia Rigón (“Abrakadabra”).

The project is a co-production between Argentina, Spain and New Zealand, and covers a film feature version and a series format version.