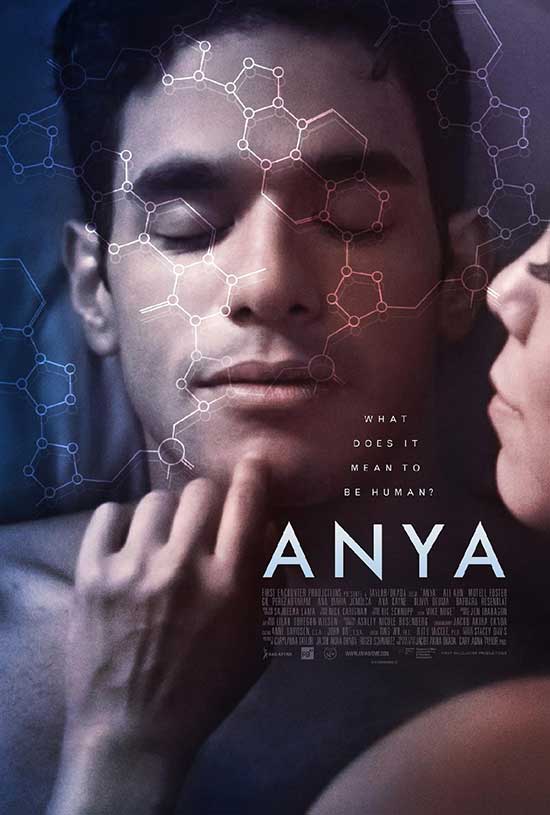 Inspired by futuristic and sometimes chilling developments in the worlds of anthropology and genetics, ANYA is a contemporary sci-fi love story about a couple whose determination to have a child leads them to a cutting-edge geneticist, an ancient outlier community hiding in plain sight in New York City, and ultimately, a life-changing question: are they willing to have a gene-edited baby, no matter the cost?

ANYA stars Ali Ahn (Orange is the New Black, Supernatural), as ‘Libby,’ a Korean-American stringer journalist and workaholic who sees Marco as someone with whom she can build a family; Motell Foster (The God Committee, Marriage Story), as ‘Seymour,’ Libby’s ex and an evolutionary geneticist who chose research over Libby and is now trying hard to make it up to her; and Gil Perez-Abraham (POSE, The Farewell, Law & Order: SVU) as ‘Marco,’ who is torn between his new life with Libby and the enclave community he abandoned.

“As filmmakers, we assembled a fresh and inclusive cast to bring our story to life and designed a fluid and intimate shooting style that pulls the viewer into the moment. And as storytellers, we created a rich, comprehensive, and anthropologically sound history, culture, and language for the “Narval,” a genetically isolated and secretive people at risk of extinction,” said Taylor.

Giant Pictures will release ANYA on November 26, 2019 on all digital platforms including iTunes, Amazon, Google Play, Vimeo, Vudu, Xbox, plus DVD nationwide. The film will screen at numerous conventions, film festivals, and universities now and beyond the film’s release in November. The dates, and information on the filmmakers’ attendance, Q&A’s, and locations are available at the official film website: www.anyamovie.com

“ANYA is a timely, thought-provoking film and Giant Pictures is proud to be partnering with such innovative filmmakers on their digital release,” said Sarah Dawson of Giant Pictures.

In ANYA, a young couple’s personal quest to have a child becomes a provocative, yet utterly dramatic, exploration of some of the most challenging issues facing humanity today. Libby is a journalist who operates in the world of facts and first-hand observations, while her enigmatic husband, Marco, is the product of a mysterious culture he is forbidden to discuss.

As they suffer through three miscarriages, Libby turns to science, hoping that fertility charts and thermometers will solve their problem. But Marco feels compelled to reveal something he has known his entire life: his culture, a forgotten people called the “Narval,” who migrated from a remote Caribbean island, believes that anyone who marries outside the community, as he did, is cursed to never have children.

Determined to disprove what is clearly a groundless superstition, Libby turns to an ex-boyfriend who is a rising star geneticist. A simple swab of the cheek, a startling DNA reading, and an encounter with Marco’s extended family, opens a Pandora’s box of consequences involving genetic testing, gene-editing, and invasion of privacy. Viewers are left asking: what does it mean to be human?

“ANYA is not only a cautionary tale about the challenges presented by fast-moving science. The film is, at heart, an emotionally-involving drama about two people trying to create a family in a world where the definition of family is changing every day,” said Okada.

Blending drama with pressing contemporary issues, and folklore with science, ANYA affirms that we all belong to the same human family and deserve to be valued for our differences, as well as our similarities.