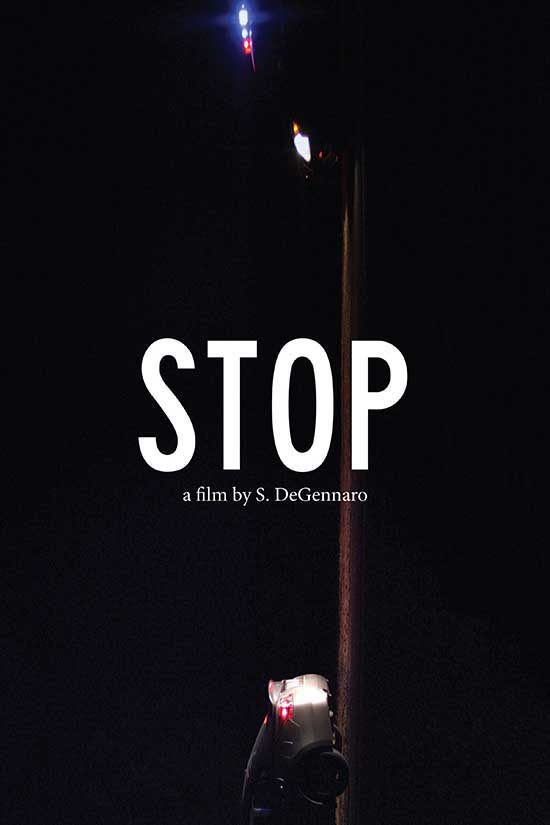 Director Steven DeGennaro continues to surprise, pivoting away from the horror-comedy of his debut feature Found Footage 3D to deliver a pulse-pounding thriller that tackles one of the most important social justice issues of our day.

STOP tells the story of a routine traffic stop that takes a sinister turn when two black men encounter a small-town cop on a power trip.

“I’ve cared about the issues of police violence and systemic racism for a long time,” says DeGennaro, “but always felt powerless to do anything. So I decided that the best way for me to contribute to positive change was to use my art to speak truth to power.”

Executive Producer Jeffrey Reddick adds, “In a time where division and hatred are on the rise, I strongly believe everyone needs to be a part of the conversation, and Steven’s voice is one that needs to be heard.”

DeGennaro insists that despite its lack of ghosts or gore, STOP is definitely a horror film. “All too often, a traffic stop can become a horror story in the blink of an eye for people of color in this country. We wanted to tackle this horror head on, without the metaphorical buffer typically used by genre films that tackle social issues. But it’s definitely a monster movie; it’s just that instead of fangs and claws, the monster in this story has a badge and a gun.”