The Invisible Man – In Theaters February 28 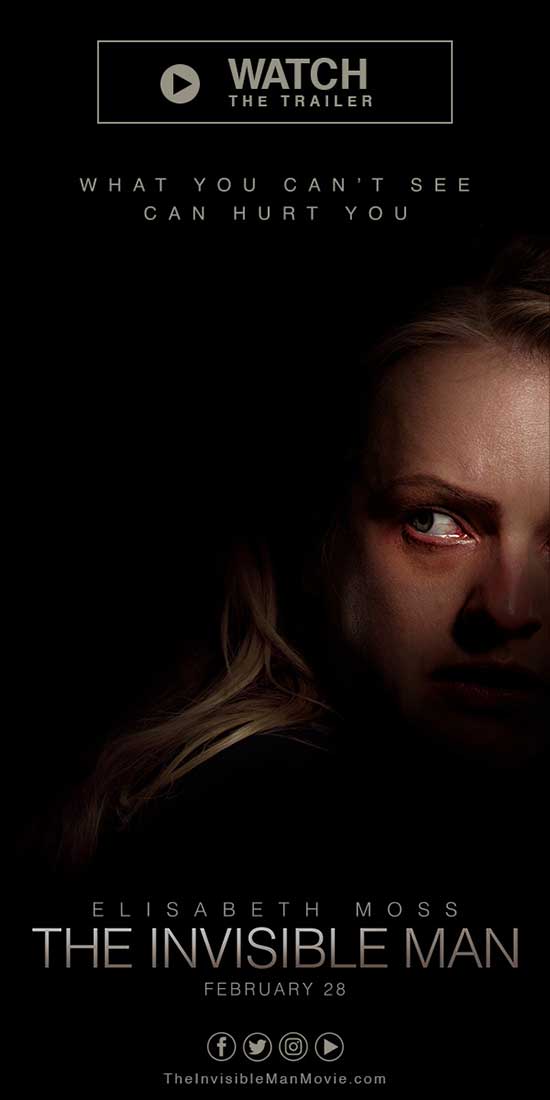 Jason Blum, our current-day master of the horror genre, produces The Invisible Man for his Blumhouse Productions. The Invisible Man is written, directed and executive produced by Leigh Whannell, one of the original conceivers of the Saw franchise who most recently directed Upgrade and Insidious: Chapter 3.

Written and Directed by: Leigh Whannell

What you can’t see can hurt you.

#TheInvisibleMan is in theaters February 28.