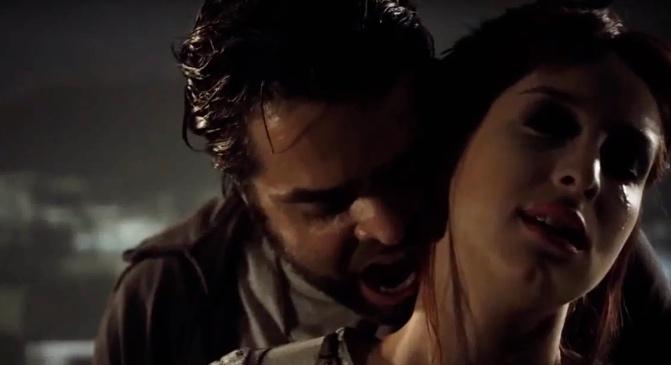 Genre distributor TERROR FILMS is getting a jump on their 2020 release slate with a wide variety of films that will surely delight the appetite of horror fans! The films tackle topics from: possession, back-stabbing friends, agoraphobia, selling your soul for fame, vampires who sell an immortal narcotic, crazy intruders, killer animals, an anthology and much more.

The slate will also include the release of Hell House LLC III: Lake of Fire, from the popular Hell House LLC franchise. The film, which is currently only available to stream on Shudder will hit digital platforms on January 3rd, 2020.

Here is a glance of the indie genre distributor’s slate in no particular order:

RED LETTERS – Making its World premiere at FEARnyc this past October 27, the film follows two private investigators as they embark on an assignment leading them into the hands of darkness. And, neither investigator is prepared for what lays in wait.

ALL THE WRONG FRIENDS  – A group of high school friends reunite for a vacation a year after graduating. After one of them turns up dead, suspicions and accusations begin to fly – in this twist filled thriller.

SERENA WAITS – An alcohol fueled hookup takes a violent and horrifying turn as three college athletes find themselves haunted by the very girl they left for dead.

THE TORMENT OF LAURIE ANN CULLOM – A woman, who suffers from agoraphobia, soon realizes her fear of the outside world is nothing compared to what she finds in her own home.

DARK ROADS 79 – When a southern rock band’s time in the spotlight has come to an abrupt end, they decide to head off and experiment musically at a secluded cabin. But, what they discover is that the front man for their band sold his soul for their fame and fortune and the time has come to collect.

TROPICAL VAMPIRES – There is a dark side to Rio de Janeiro. Here, vampires deal Vampire Powder – providing its users with a small taste of immortality.

THE EVIL RISES – A group of young friends discover an ancient statue that unleashes an evil spirit. This spirit enslaves them to collect human blood.

A KNIGHT’S TOUR – In a post-apocalyptic world, a young man and a detached hermit attempt to form a friendship, in the midst of swirling suspicions and the threat of unseen invaders from the outside world.

DERELICTS – A strained suburban family’s Thanksgiving is disrupted by a gang of vicious vagrants.

10/31 – A Halloween treat bag full of all the things that go bump in the night! Five spooky tales featuring villains spanning masked killers to tricksters and scarecrows and even to witches!

STILL LIFE – In a small town in Argentina, people linked to the cattle industry start to disappear. As a journalist start to research, she finds a dark secret.

THE BONE BOX – A grave robber comes to believe he’s being haunted by those he stole from.

IRRATIONAL FEAR – Six therapy patients are brought together at a secluded cabin to confront their strangest fears. But, these fears won’t just hurt them…they may very well kill them!