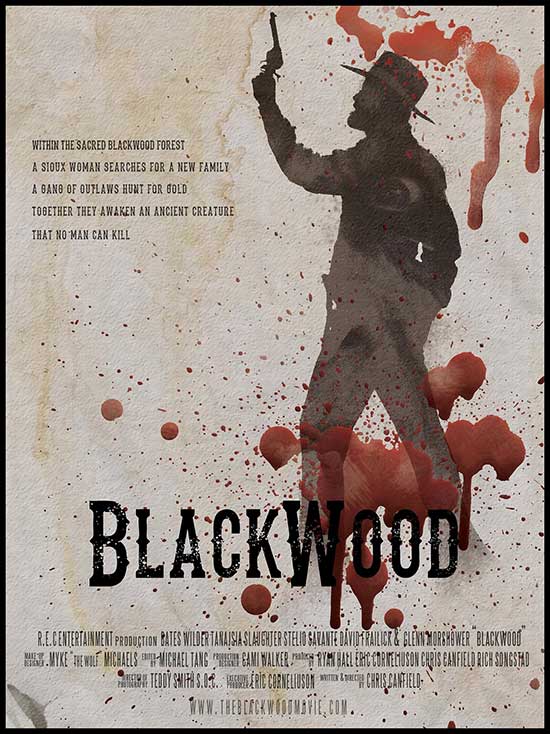 Black Wood is a western-horror written and directed by Chris Canfield and stars Bates Wilder, Tanajsia Slaughter, Stelio Savante, David Fralick and Glenn Morshower. The cast is rounded out by Andrew Stecker, George Thomas Mansel, and Casey Birdinground. Eric Corneliuson and Ryan M Hall are producing with Rich Songstad and Chris Canfield. Black Wood has been filming throughout South Dakota. 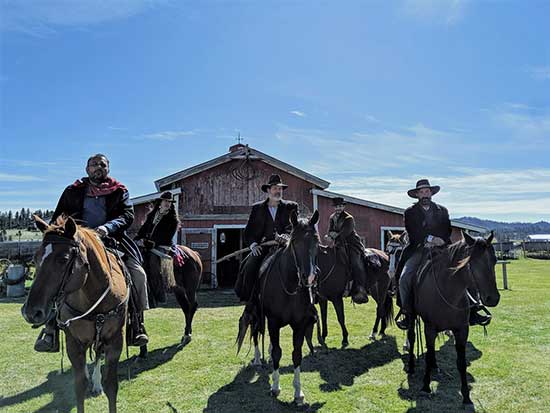 After her family was murdered, Dowanhowee, a Sioux Indian woman, travels alone into the ever expanding West. She stumbles upon a decrepit town and crosses paths with a notorious outlaw group known as the Dutch Wilder Gang. She discovers one of the men riding a horse belonging to a member of her slain family.

Dowanhowee takes revenge on the horse thief and evades the group by racing into an uncharted area known as the Black Wood Forest. Once inside this mysterious land, the Dutch Wilder Gang capture Dowanhowee and after a cruel interrogation the men find value in her, and force her to help them with their primary mission; to find a hidden vein of gold. Not long into their journey, they soon discover they must work together and fight for their lives as they have unknowingly awaken an ancient ravenous creature known as The Wendigo.