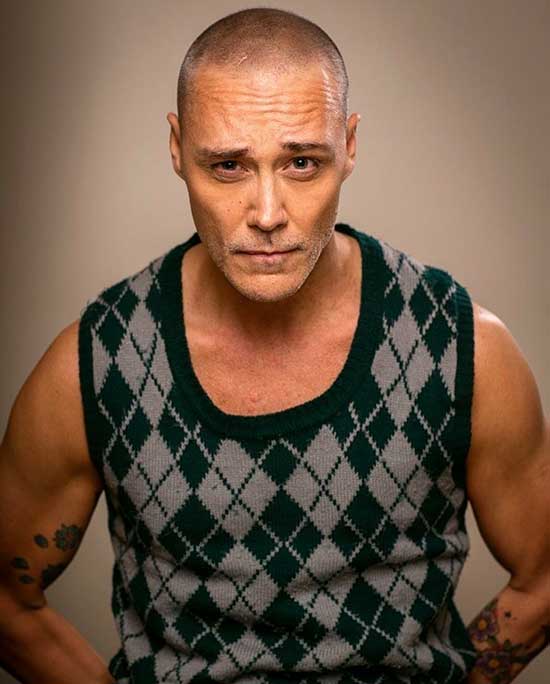 Versatile actor Vincent Young, best known for his role as Noah on TV classic Beverly Hills 90210, is doing some very diverse and challenging work these days. From a key role in Sylvester Stallone-starrer Escape Plan 2 to Mike Mawher on “N.C.I.S” and now, Scott A.Hamilton’s What Death Leaves Behind, he’s a thesp that refuses to be pigeonholed.

We caught up with Young on the festival circuit for “What Death Leaves Behind”.

Please tell us how you got involved with What Death Leaves Behind and why you decided to take the role of Andrew?

Vincent- What Death Leaves Behind already had a buzz going around about it so I was aware of it. A friend reached out to me named Al Sotto, who was involved with the film from a casting standpoint. When he explained the premise of the film, I was immediately intrigued. So he set up a meeting to talk to the producer Racheal Ofori and the director. We spoke in great length about the film, details of the story and we spoke about the character they were interested in offering me. That role was Andrew Blosser. They sent me the script. I read it and immediately connected with the role of Andrew Blosser. He was a blue collar guy who was rough around the edges, loyal to the core and he had seen some things himself over the years.  It showed in his eyes. But that didn’t stop him from doing everything in his power to try to help Jake. And I love that about the character.

Vincent- I loved working with Scott Hamilton. He was like having the invisible character with us. He was emotionally invested with us in each scene which is why the audience gets that same feeling when they view it because Scott was in there with us in those scenes not just physically but also artistically and emotionally.

Did you have to do anything to prepare to portray Andrew? This film is so good. All of you did an incredible job. It is intense, memorable and these characters are so well written. It also felt like a real film. I guess the best way to say what I mean is you can relate to some of the stresses the characters go through.

Vincent- Thank you and yes there was a lot of preparation for Andrew.  Physically I wanted him to have a rough around the edges look, scruffy. I wanted the hair to be sort of a nondescript bouffant haircut and I made sure his personality was strong, funny, but you could still feel his vulnerability. I kind of let myself go for several weeks, ate fun but not healthy things for dinner, drank lots of coffee and got very little sleep. It really seemed to do the trick and thank you for your compliments on Andrew.  And yes I would agree the entire cast did a tremendous job, Johnny Alonso and Christopher Mann on down.

What would you like to say to the fans who will be watching, What Death Leaves Behind? Is there anything you hope they take away from the film?

Vincent- First of all I’d like to say to the fans go see it! I say that because it’s not your everyday film. It’s a thought provoking experience that will stay with them several days after they see it. 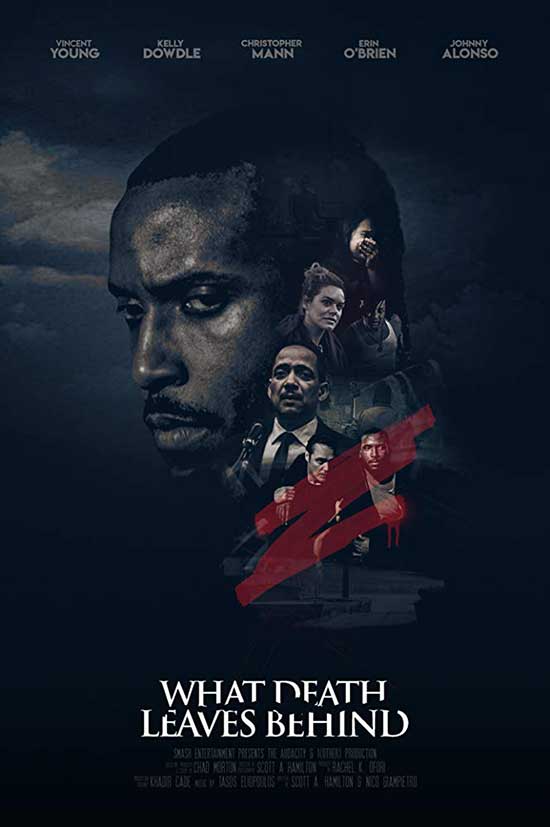 The message the film delivers is important, it was important to me because my seventeen year old cousin took his life and his mother took him off life support despite the fact he was breathing on his own. She made him an organ donor. Did you feel that it was a difficult subject to approach? I commend the writers for this story.

Vincent- At several of our Q & A’s, there have been many questions that are personal such as yours and that’s one of the things about this film that hits home for many people. This film is based on true events, somebody actually went through this after receiving a kidney transplant. I mean after all we are talking about life. So yes it was difficult and challenging, we are talking about life here and the struggles people face.

You always portray various different characters. In everything from Pacific Rim, Beverly Hills, 90210 which still till this day has such an incredible following and Escape Plan 2: Hades. You do such a great job. Do you ever think you would write and direct a film or write a book one day?

Vincent- Well thank you very much that means a lot. As an artist I take a great pride in my work and reaching audiences. And yes I’ve been fortunate enough to play some very memorable characters over the years ranging back to the original 90210 days up through NCIS playing Mikel Mawher, Abbey’s stalker boyfriend who had a real cult following and right up until this year with Andrew Blosser from What Death Leaves Behind and playing Count Zero, an eccentric albino Icelandic hacker in a futuristic prison in Escape Plan 2 with legendary actors like Sylvester Stallone and Dave Bautista.  So I like playing the complex characters.  I definitely see myself directing in the future but right now I’m trying to focus on these characters at hand.

What Death Leaves Behind is just finishing up its theatrical run and it will start running on all the other major platforms to rent.  Escape Plan 2 is still out now On Demand.  But what I’m really excited about is a project I just signed onto, Long Gone Heroes directed by Santiago Mannes Moreno. This film has already been pre-announced at Cannes film festival. He’s not only the director but he wrote the film. He is a super talented visionary director. I’ve known Santiago for many years and we’ve been looking forward to working together for a long time so I am beyond revved up about this one. So far the cast includes myself, Sir Ben Kingsley, Maggie Q, Guy Pearce, Peter Facinelli and many more. All I could say about the film is it’s going to be an action packed, edge of your seat film that will be shot in the next couple months. Another film I will be shooting later this month is Three Days Rising produced by Noel Ashman (Gotti, The Row) directed by Craig Cukrowski, written by Derek Cukrowski.   It’s a reimagining of Edgar Allan Poe’s masterpiece “The Fall of the House of Usher“starring myself, Peter Greene from Pulp Fiction, Tony Denison, Bo Dietl-The Irishman and several more. I’d like to get into this film a little more but it’s in that secretive stage right now since we are about to start filming in a couple of weeks but I promise you will dig it particularly if you are a Poe fan.

Vincent- Always enjoy a creative conversation because after all it’s all about creating. Thank you. 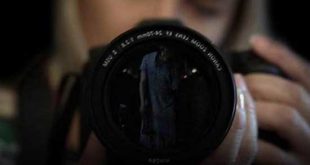 Horror titles WHAT DEATH LEAVES BEHIND, LEAH SULLIVAN to get US theatrical releases