Home | FEARHOUSE360 // Horror in the palm of your hand

FEARHOUSE360 // Horror in the palm of your hand

Horror in the palm of your hand.

STREAMING NOW – Immerse yourself (if you dare) in the world of FEARHOUSE360,
a horror experience in 360 video that brings the haunted house to you. 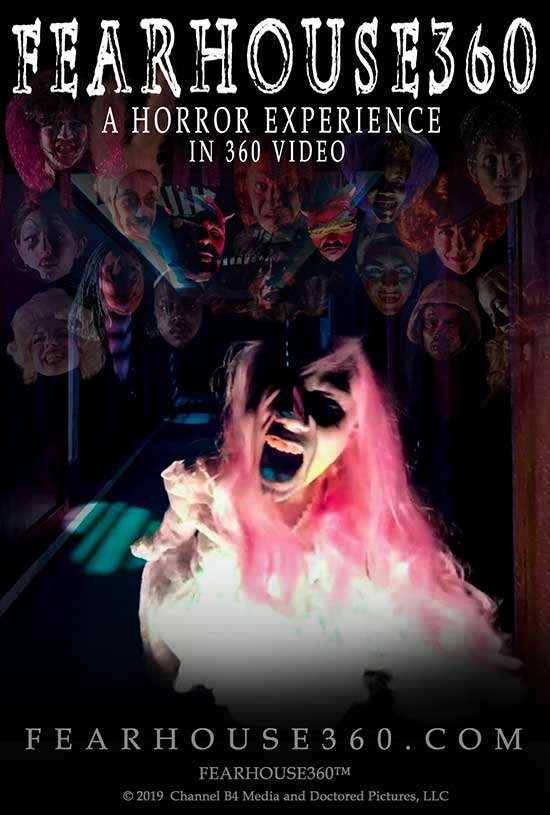 Calling all fright fans and horror enthusiasts, this Halloween add FEARHOUSE360 to your watch list. Brought to you by content creators Channel B4 and Doctored Pictures this three part haunt is now available for streaming on Vimeo Video On Demand. Grab your phone or tablet* and drop inside the winding halls of Klunch Manor for a first person journey into certain darkness with Frau Klunch and her entourage of twisted characters. (* laptop/desktop use is supported as well)

“We were inspired by cult classics like Ken Russel’s Gothic and The Rocky Horror Picture Show – stylish, eerie and of course, a touch campy,” says Stacy Dawson Stearns, a lead creative on the team (who also inhabits the role of Frau Klunch). Stearns developed persona Klunch in the 90’s, performing in the downtown drag scene of NYC. Stearns states, “Frau is a little demanding, a little dark, and definitely starving for your… attention.”

FEARHOUSE360 features a distinct combination of live action performance, animation, and puppetry. Within the walls of the manor, viewers engage with 24 performers in intimate and shocking encounters. This performance driven environment offers that human touch you experience in a traditional haunted house; even if the humans in question are hungry ghosts, demons, or killer clowns.

The first Stave or chapter is now available for streaming with the following two being released during the lead up to Halloween. Rent the entire series now for $5.99 and stream all three Staves (Plus bonus materials!) throughout the Haunting Season and beyond.

FEARHOUSE360: a horror experience in 360 video from Channel B4 on Vimeo.