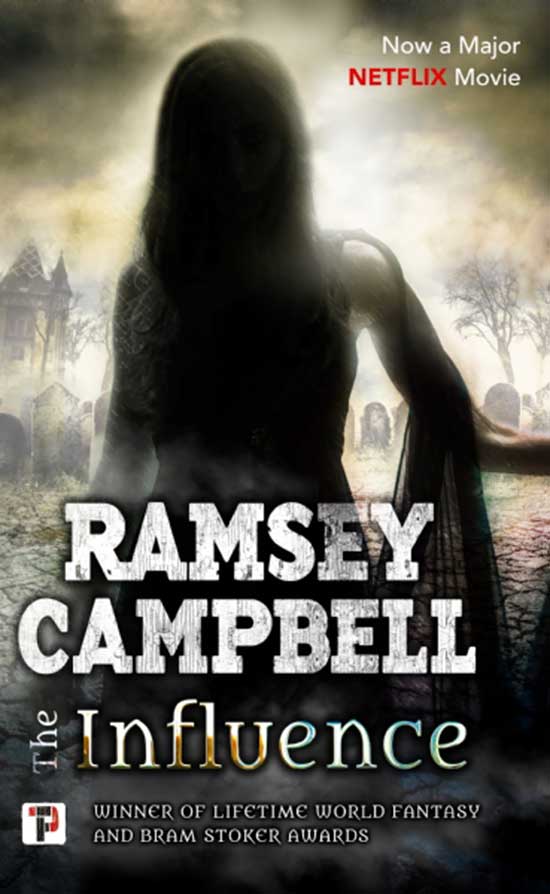 The Faraday’s aren’t entirely unlike any other contemporary family. They have their fare share of trials and tribulations as we all do. Three generations reside within the household while the eldest, Queenie lay upon her deathbed. After she meets her inevitable demise. One of her final wishes was to be buried with a cherished locket containing a sample of her granddaughter Rowan’s hair. Not long after she’s laid to rest a mysterious stranger named Vicky befriends young Rowan. The two seem inseparable from the start. But is Vicky’s allegiance purely amicable or is there something far more sinister at play?

I must confess when I was delegated the task of reviewing The Influence by Ramsey Campbell, I was a little more than intimidated. After all what could one possibly say about a master’s work that hasn’t already been said before? With over thirty novels and hundreds of short stories over his decorated career, Campbell has been a major influence on many commercial authors of today. From Stephen King, Dean Koontz, Clive Barker, Anne Rice, the list goes on and on.

I distinctly recall when I had the pleasure of first encountering the efforts of this author through Hungry Moon circa 1986. I remember the story rendering me spellbound and frankly provoked a lengthy bout of insomnia and sleeping with the lights on as a pre-adolescent boy. I was terrified and I was hooked. At the same time, I found this caliber of writing was one to charter the waters on special voyages. A journey to only be taken sporadically, knowing full well, one would never return the same ever again.

While I’ve embarked upon many other endeavors with Campbell at the helm since then, I was beyond elated to tear into the pages of The Influence.

The author’s prose is comparable to an uncle telling a captivating tale over a glass of brandy by the fire. Each word more enthralling than the next. As the reading audience you know full well the storyteller is getting every bit as much of a kick out of toying with your anticipation as you are envisioning the foray.

Rowan, the main character is depicted with innocence, awe and wonder. We get a virtual sense of each breath-taking experience, as it was our unhampered own. A sense of revitalized adventure is homed in placing the reading audience at the nexus of all sensory action. Without indulging in too many plot spoilers, a journey with Vicky and Rowan, two eleven-year-old girls is launched to visit Rowan’s mother at the hospital where she works. As jaded adults we take the experience for granted, even mundane or ordinary. Campbell manages to create the scene as though the two were setting sail among the seven seas. Imagination is a powerful and sacred thing. This author subtly reminds his audience of precisely this, time and again.

Of course, there are a number of subplots within the main tale. Predominant concern is that too much simultaneous action distracts from the movement of the central story. Suffice to say, the exact opposite occurs where The Influence is concerned. We get a firsthand glimpse at the crumbling marriage of Derek and Alison and each of the obstacles the couple encounters. There is the eccentric aunt Hermione was grappling the most with the passing of Queenie yet for all the wrong reasons. Yet somehow each plight the secondary characters take only manages to accentuate the central plot tenfold. The characters become more tangible, more relatable. We see a little of ourselves in everyone.

While we get to develop a certain sense of each the secondary characters, the tale also enraptures the empathy for young Rowan. Her alienation and inner isolation are even further exemplified. Campbell has an uncanny ability to enhance his characters actions even when a particular character is not necessarily present within the chapter.

What is Vicky? The elusive, brilliant young girl that has befriended poor, lonely Rowan. It remains a mystery on all fronts as we get a sneak peek of what her presence could be while the plot thickens. What I easily admire most about this author’s style is his ability to whisper to his audience, allowing him or her to decipher the secret. The most effective of terror is not what we see, but what we do not see. Bone chilling horror at its finest.

The final act unfolds in fashion few will see coming. A cherished read from beginning to end.

Flame Tree Press has provided sensational overall marketing and presentation as indictive in a copy of The Influence. An author Q&A can be found in the initial pages to get to know the wordsmith on a more eerily intimate level. Mesmerizing covers that haunt you bound each of the books and resonate long after the initial glance. Flame Tree Press is quality publishing any reader would be proud to consume, recommend, display and discuss among the ages.

Readers who also enjoy seeing how their imagination mirrors with another media, The Influence has recently been developed for film and can currently be found on Netflix. 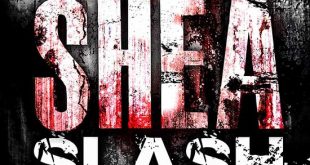