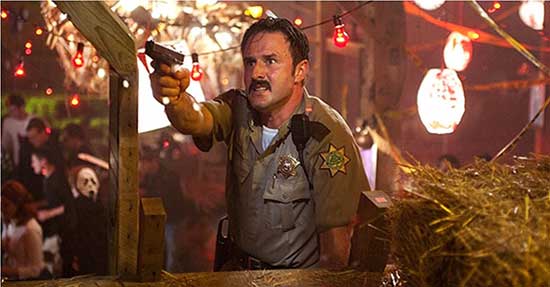 We are excited to share with you early access to the upcoming episode (105) of Shudder’s horror anthology series Creepshow, airing Thursday, October 24 at 9pm ET/ 6pm PT, both on the Shudder TV live-stream and on demand.

As part of your coverage of 105, we ask that you please do not:

Discuss or disclose the plot or storyline details in any way that will spoil the viewing experience for fans
Grant or share access to the site with anyone including co-workers
Copy, publicly show, or otherwise infringe AMC’s copyright in the screened programming
For review and recap coverage, to post after air on Thursday, October 24, we kindly ask that you AVOID REVEALING SPOILERS IN THE HEADLINE of your recaps/reviews, allowing readers who have not yet watched the episode to have their own viewing experience

“Night of the Paw”

A mortician saves the life of a woman who shows up at his door one night, but unbeknownst to her, the man had wished for a murderer to come put him out of his misery… maybe she wasn’t so fortunate after all.

“Times is Tough in Musky Holler”

Creepshow, the new anthology series based on the 1982 horror comedy classic, is still the most fun you’ll ever have being scared! A comic book comes to life in a series of twelve vignettes over six episodes, exploring terrors from murder to the supernatural and unexplainable. Haunted dollhouses, werewolves, murderous goblins, villainous trick-or-treaters, the dead, and medical marvels are just a few of the things to watch out for in this new series. You never know what will be on the next page…