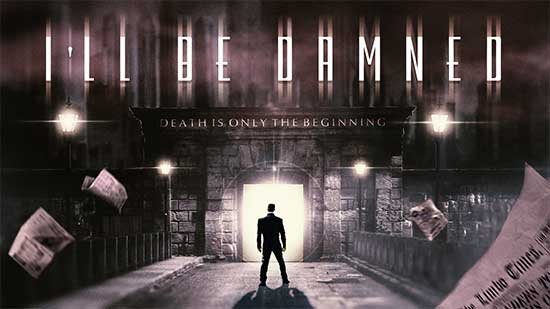 Where will you end up after you die? An ambitious feature film (currently crowdfunding) presents a doorway to exploring this notion to its depths, with a tagline that reads; “Death Is Only The Beginning.”

“I’ll Be Damned” is a Hitchcockian, supernatural noir (set entirely in purgatory) about a deceased private investigator who saves lost souls stuck in a nightmarish limbo. Detective Alec Harper (Mike Powers) works for an afterlife agency called Lost Patrol, but embarks on an unsanctioned mission; to rescue his newly-departed and embittered old flame from her current beau; a demonic gangster with designs on her soul.

“I’ll Be Damned” Teaser (Oct 1st on Indiegogo) from Shatterverse Entertainment on Vimeo.

The independent film has elements of suspense, action, scifi, horror and romance. There’s twists, scares, laughs, heartbreak, detectives, femme fatales, gangsters, angels, demons and even a samurai; whose character is featured in the 4 minute opening scene, which writer/director John Regan has already filmed using five thousand dollars of his own money. 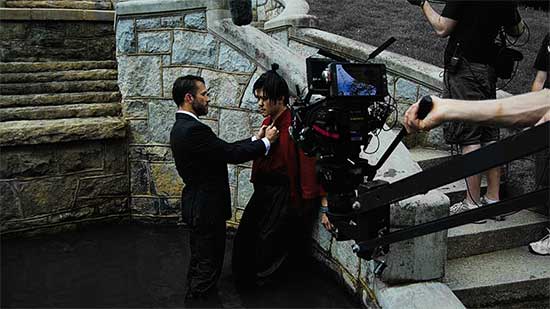 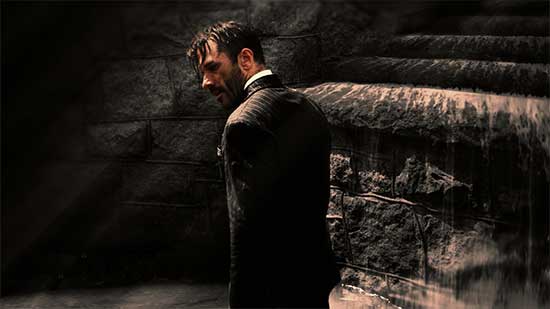 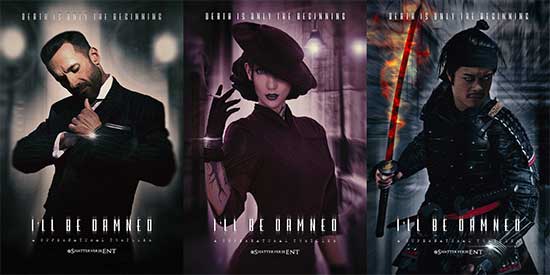 The crowdfunding campaign went live Oct 1st on Indiegogo igg.me/at/ IBDfilm and Regan & Co. are bringing camera, gear, cast & crew. Not to mention years of development; storyboards, concept art and some jaw-dropping locations that Regan’s been filing away for quite some time.

“There’s definitely spectacle” Regan stated “but that’s not the only thing ‘I’ll Be Damned’ has on it’s mind. We plan to explore themes that are unique to this film’s concept, which may even play to more cynical audiences, yet are still universal at their core. It’s a very grounded, human story about an emotionally repressed man, who must confront his past, while journeying into the heart of darkness to save his lost love, who may or may not want saving.”

Regan hopes there’s enough fans of the supernatural and noir genres that will rally behind the project and help them raise the bare minimum 49k budget Regan and his team need to achieve his life long dream of completing a feature he’s had in the back of his mind since high school. They’re also doing fixed financing, which means they won’t see a dime, if they don’t reach their goal. “It’s all or nothing- We don’t want to keep the money if we can’t make the film.” said Regan.

There’s also some interesting perks for backers, including a soundtrack by David G. Russell, one of the composers from Star Wars Rebels and Clone Wars.

“We’re going to find a way to make this movie, we’d just rather do it with your support, so we don’t have to sacrifice vision or artistic integrity.” If successful, Regan would like to deliver a final product that not only make his cast and crew proud, but gives audiences the best experience possible; “I will treat “I’ll Be Damned” as if its his one and only chance to make a feature; I’m going to pour my soul into it.”