CONTINUE INITIATIVE ANNOUNCES WINNERS; SCREENPLAY
‘SUBJECT’ WILL BE A FEATURE FILM
In production for a 2020 release 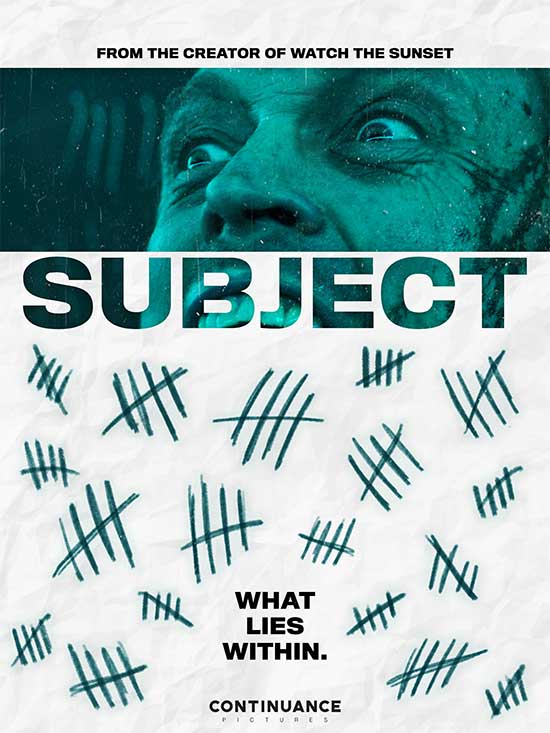 SUBJECT, written by Los Angeles native Vincent Befi, will be the next film from award-winning Australian filmmaker Tristan Barr.

Barr’s most recent film Watch This Sunset, which he co-directed with Michael Gosden and shot in just one take, is one of the most celebrated Australian films of the decade.

Barr and David Gim will produce SUBJECT under their Continuance Pictures label.

The complex, frightening story of a prison inmate chosen to participate in a secretive government study, SUBJECT was originally submitted to Continuance Pictures for a short film initiative they were running called ‘Continue’. Producers Barr and Gim saw something even greater than a short within the high-concept screenplay and approached Befi about a feature version.

“Stephen is the perfect fit. He’s exceedingly talented and yet to really break out, which is what you want in actors for a found footage project like this,” says Barr.

SUBJECT will be shot in Melbourne, Australia later this year and is expected for a 2020 release date.

Continuance Pictures selected the following screenplays to be the winners of the first Continue Short Film Initiative:

Take-Off by Joel Fleming – This fun caper follows Jules, a young Aboriginal juvenile carrying out community service at an aged care facility run by the authoritarian Ms. Martz. Jules befriends an ex-pole-vaulter resident, and they plan a daring escape.

A Mind Alike by Caitlin Milne – A leading tech company create a micro-device for the human mind, capturing and storing memory upwards of 20 years. While the product is revered, we find that not all is as it seems when battling amnesia, a young female struggles to piece together her fragmented memory, only to discover that it may not be her own.

Continuance Pictures will work with these budding filmmakers to shoot their short and to promote it around the world. The winning shorts are scheduled to be shot later in 2019 and 2020.

“Our aim was to establish a platform for Australian talent and provide opportunities for emerging filmmakers everywhere,” Continuance co-founder David Gim says. “These filmmakers can gain so much from this experience. We can’t wait to start shooting.”

Continuance Pictures is a leading film production company based in Melbourne and Brisbane, Australia. Continuance strives to support emerging filmmakers in their pursuit of innovative, creative and humbly bold films that matter. 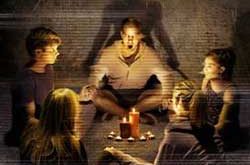