Home | On 11/12, IndiePix Delivers a Special 10th Anniversary Edition of the Reality-Bending Noir Thriller YESTERDAY WAS A LIE to Blu-ray for the Very First Time!

On 11/12, IndiePix Delivers a Special 10th Anniversary Edition of the Reality-Bending Noir Thriller YESTERDAY WAS A LIE to Blu-ray for the Very First Time! 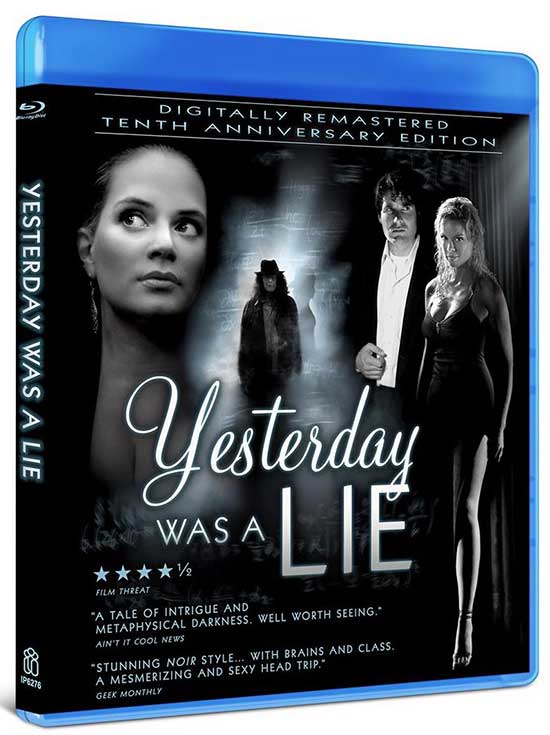 THIS NOVEMBER, INDIEPIX FILMS DELIVERS A SPECIAL
10TH ANNIVERSARY EDITION OF AN ACCLAIMED,
REALITY-BENDING NOIR THRILLER ON BLU-RAY
FOR THE VERY FIRST TIME

YESTERDAY WAS A LIE 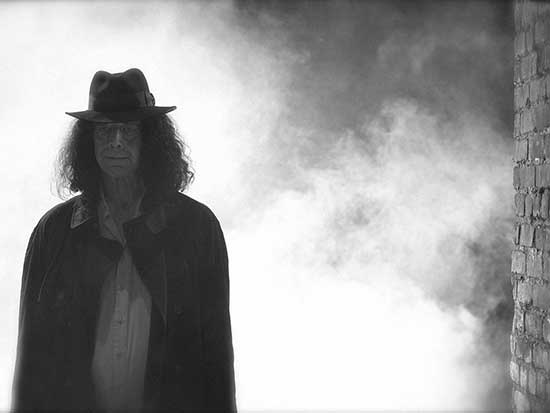 Combining “stunning black-and-white cinematography, a sultry jazz score and a refreshingly high-minded script [1],” YESTERDAY WAS A LIE, produced by Chase Masterson for Helicon Arts Cooperative, is a groundbreaking noir thriller from writer/director James Kerwin. Exploring mind-twisting sci-fi themes including the nature of time, reality and human consciousness, this November, the acclaimed festival favorite celebrates its 10th Anniversary with a special edition — digitally remastered shot-by-shot – making its North American Blu-ray debut. It will be available on DVD and Blu-ray, as well as all leading digital platforms, including IndiePix’s signature streaming service, IndiePix Unlimited on Amazon Channels, on November 12, 2019.
In YESTERDAY WAS A LIE, Kipleigh Brown “exudes Bacall” (Slice of SciFi) as Hoyle, a girl with a sharp mind and a weakness for bourbon who finds herself on the trail of a reclusive genius (John Newton). But her work takes a series of unforeseen twists as events around her grow increasingly fragmented, disconnected and surreal. With a sexy lounge singer (Chase Masterson) and a loyal partner (Mik Scriba,
The Last Seduction) as her only allies, Hoyle is plunged into a dark world of intrigue and earth-shattering cosmological secrets. Haunted by an ever-present shadow (Peter Mayhew) whom she is destined to face, Hoyle discovers that the most powerful force in the universe – the power to bend reality, the power to know the truth – lies within the depths of the human heart.  The film also stars Nathan Mobley, Warren Davis, Megan Henning, Jennifer Slimko and famed radio personality Robert Siegel.
Named one of the year’s “Ten Best Films on the Festival Circuit” by Film Threat when it opened theatrically, YESTERDAY WAS A LIE garnered rave reviews from critics far and wide. Jeff Bond, the Editor-in-Chief of Geek Monthly says the film has “the stunning noir style of Sin City but with a hell of a lot more brains and class” and calls it “a mesmerizing and sexy head trip”. Robert J. Sawyer, the Hugo and Nebula Award-winning writer of FlashForward says that YESTERDAY WAS A LIE is “haunting and memorable…the most thoughtful and compelling science fiction film of the year.” Ray Sideman of Comics Buyer’s Guide opined that the stylish noir is “the most complex and thought-engendering time travel movie in a long time,” and “watch it more than once… it’s worth the effort”. And Jessica Guerrasio of Just Press Play plainly calls it “a cinematic masterpiece. One of the best films I have seen this year, if not this decade.”
Aside from a shot-by-shot digital remastering, this special 10th Anniversary Edition of YESTERDAY WAS A LIE is supplemented by a spectacular array of specially-produced extras including a feature-length audio commentary by James Kerwin, Kipleigh Brown and Chase Masterson as well as multiple making-of featurettes, interviews with the cast and crew, as well as a WonderCon Panel and never-before-released outtakes and camera tests.
About IndiePix Films®
Since 2004, New York-based IndiePix Films® has delivered a highly-curated collection of the best independent films from around the world. Offering a singular catalog of nearly 2,000 films across genres, the IndiePix team selects singular titles from the international festival circuit. Avenues for distribution include their streaming service, IndiePix Unlimited, their dedicated commerce site, IndiePixFilms.com, which offers download-to-own, streaming rental and physical media direct to consumers, and via national retail channels and select theatrical exhibition. IndiePix also owns Festival Genius, the premier platform for connecting film festivals to audiences through online ticketing, calendars, iphone apps, and more.
PROGRAM INFORMATION
Type:  Blu-ray/DVD/Digital (Amazon, iTunes, Vudu, Google)
Running Time: 89 minutes + extras
Genre: Sci-fi/Fantasy
Rating: PG
Aspect Ratio: 1.78:1
Audio: 5.1 Surround Sound
Share

Tags YESTERDAY WAS A LIE