“The action is tense and unnerving.” – Vulture 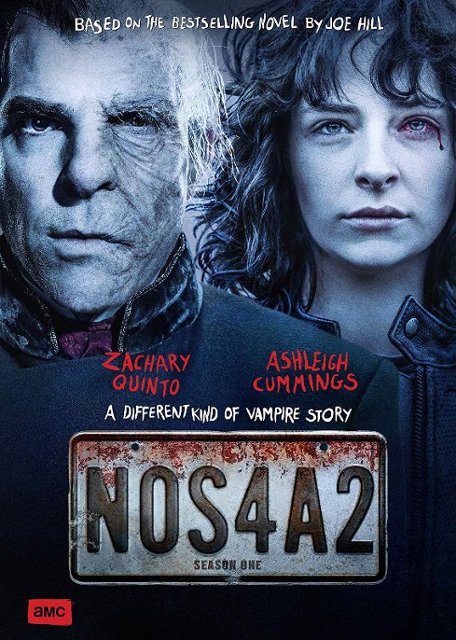 AMC Networks’ RLJ Entertainment will release Season 1 of the AMC TV series NOS4A2 on October 22, 2019 on DVD and on Blu-ray.  Based on the highly acclaimed best-selling novel by Joe Hill (Horns), the horror / thriller television series premiered on AMC on June 6, 2019 as the second-best cable debut of the year. The show stars Zachary Quinto (“American Horror Story”), Ashleigh Cummings (“Miss Fisher’s Murder Mysteries”), Ólafur Darri Ólafsson (“True Detective”), and Ebon Moss-Bachrach (“Girls”). RLJE Films will release NOS4A2: Season 1 on DVD for an SRP of $39.98 and on Blu-ray for an SRP of $44.98.

In NOS4A2, Vic McQueen (Ashleigh Cummings) is a gifted young woman who discovers she has a supernatural ability to find lost things. Charlie Manx (Zachary Quinto) is a supernatural villain who feeds off the souls of children and then deposits what remains of them into Christmasland — a twisted place of Manx’s imagination where every day is Christmas Day and unhappiness is against the law. Vic strives to defeat Manx and rescue his victims — without losing her mind or falling victim to him herself.

NOS4A2: Season 1 DVD and Blu-ray include the following bonus features: