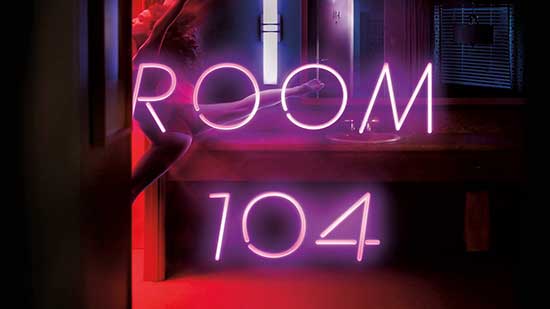 Created by Jay and Mark Duplass (HBO’s “Animals.” and “Togetherness”), the late-night, half-hour anthology series ROOM 104 returns with 12 new episodes, telling unique and unexpected tales of the characters who pass through a single room of a typical American chain motel. While the room stays the same, every episode of the series features a different story, with the tone, plot, characters, and even the time period, changing with each installment.

Tapping into a variety of genres, from dark comedy to poignant drama to musical romance, the stories and characters featured in season 3 include: a man searching for a cure to his chronic skin condition; the caretaker of an exotic animal looking to make a sale; estranged siblings reuniting to make an investment; and more. Filled with plenty of twists and surprises, this season offers a new discovery from one episode to the next, telling tales of everyday people striving for connection and meaning inside a single room.

Season 3, episode 2: “Animal for Sale”
Debut date: FRIDAY, SEPT. 20 (11:00-11:24 ET/PT)
The caretaker (Robert Longstreet) of an exotic animal meets with a woman (Dale Dickey) who’d like to take the temperamental beast off his hands.
Written by Patrick Brice; directed by Patrick Brice.

Season 3, episode 3: “Itchy”
Debut date: FRIDAY, SEPT. 27 (11:00-11:30 ET/PT)
On the advice of his doctor, a man (Arturo Castro) with a chronic skin ailment sequesters himself in hopes that he might finally be cured.
Written by Mark Duplass; directed by Patrick Brice.

Season 3, episode 4: “Rogue”
Debut date: FRIDAY, OCT. 4 (11:00-11:26 ET/PT)
After running away from home, a teen girl (Iyana Halley) seeks safety in Room 104, where she encounters a woman (Catalina Sandino Moreno) who offers a glimmer of hope for the future.
Written by Jenée LaMarque & Julian Wass; directed by Jenée LaMarque.