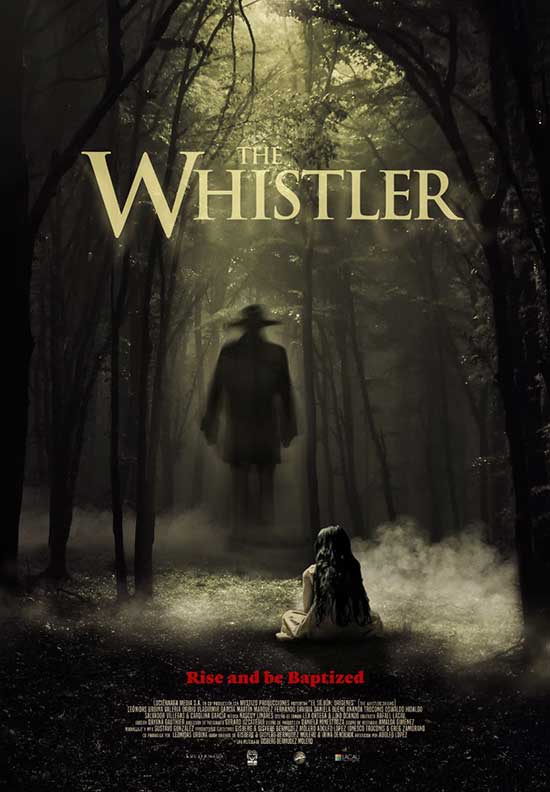 Gisberg Bermúdez’s Gripping Adaptation
of a Popular South American Folk Tale,
Opens Friday, September 6 at the
Laemmle Glendale in Los Angeles,
Followed by a VOD Release in the Fall

Uncork’d Entertainment and Dark Star Pictures announce the North American theatrical release of the horror thriller The Whistler (El silbón: orígenes) by Gisberg Bermúdez. Based on a popular South American folk tale, the Venezuela box office hit opens on Friday, September 6 at the Laemmle Glendale in Los Angeles, followed by other U.S. cities., and a VOD release in the fall.

“The Whistler” refers to a phantasmagorical folk figure who wanders at night and is famed for terrorizing the drunk, the unfaithful and children, whom he’s known to feast upon. In Bermúdez’s gripping retelling of this popular Venezuelan-Colombian legend, it’s a race against the clock as a father struggles to find the origins of The Whistler’s curse in order to stop the worsening possession of his daughter by the supernatural entity.

Winner of the Best Ibero-American Feature Award at the Buenos Aires Rojo Sangre Fantastic Film Festival and Best Cinematography, Original Score and Screenplay Awards from the Caracas Cinematography Critics Circle, The Whistler is the latest addition to the exciting and emerging landscape of South American horror cinema that is leaving its mark internationally.