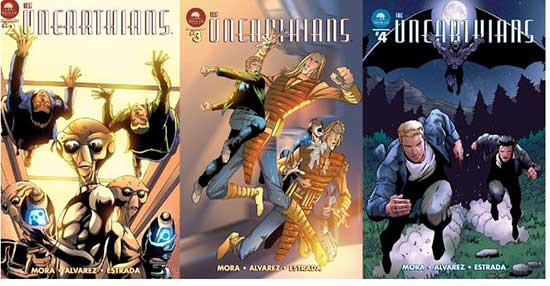 Moras Productions is pleased to reveal the release days, main and variant covers for Issue #2, #3 and #4 for their exciting Sci-Fi comic book series THE UNEARTHIANS. Mauricio Alvarez and Edwin Estrada are the artists behind these beautiful covers.

“I am very excited to reveal our release days and covers by Mauricio Alvarez and Edwin Estrada. As I said before and I keep saying with great pride … these covers are first class. The first time I saw them I was so excited about them and I hope the audience likes them as much as I do.” Mora said. “The story becomes more interesting as the issues continue. We reveal how Mateo and Carter became vampires and how they interact with the aliens… and the effects that the aliens have on them … it’s really pretty cool.” 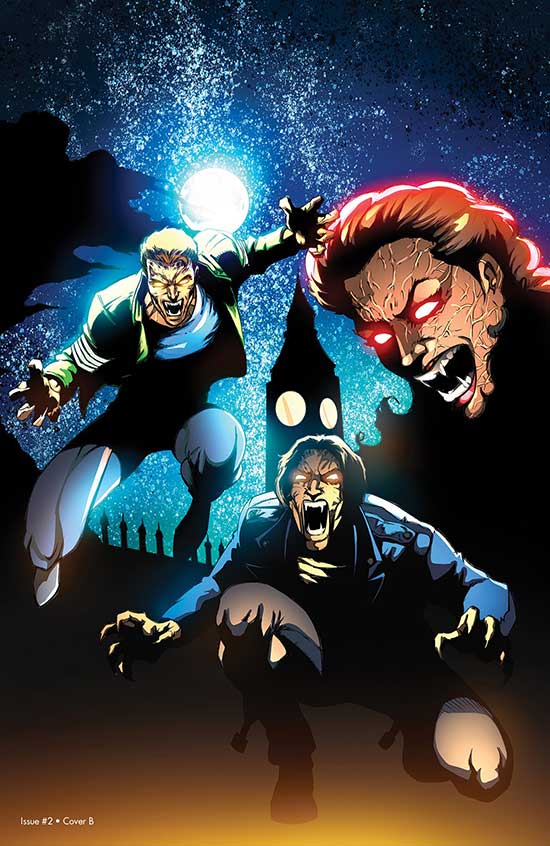 The Unearthians features a sci-fi narrative in which two best friends are abducted by aliens and imprisoned in an underground base on Earth. While in captivity, Mateo and Carter discover the dark agenda that the aliens have in store for Earth and the entire galaxy. But Mateo and Carter also have a secret which they will use to their advantage, they are VAMPIRES. They join other imprisoned beings (NAURAX, ECRAPTOR, FLEX) to fight the aliens. Good and evil collide when this unconventional team comes together to battle the fascist regime. In addition to being an action-packed sci-fi thriller, it is a warm, honest, happy, and very human story. The Unearthians is a 12-issue comic book series.

The series is written and created by Omar Mora. Moras Productions is the publisher and distributor of the series. For more information visit TheUnearthiansComics.com