A SERIAL KILLER’S GUIDE TO LIFE – AT ARROW VIDEO FRIGHTFEST 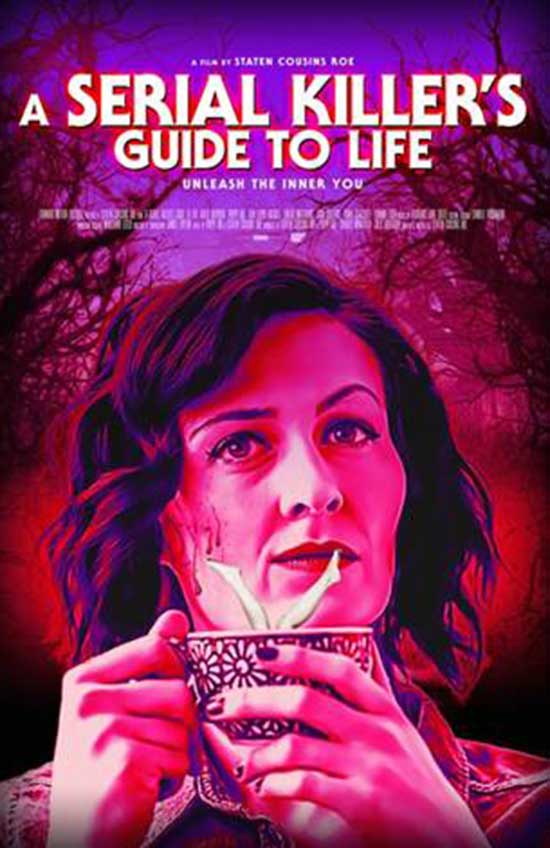 Arrow Films have acquired worldwide rights with a view to releasing in the UK, US and Canada early next year, selling the worldwide rights. Its World Premiere at Arrow Video FrightFest in London on Saturday 24th August will be part of their Discovery One screenings which will feature a Q&A with the director. 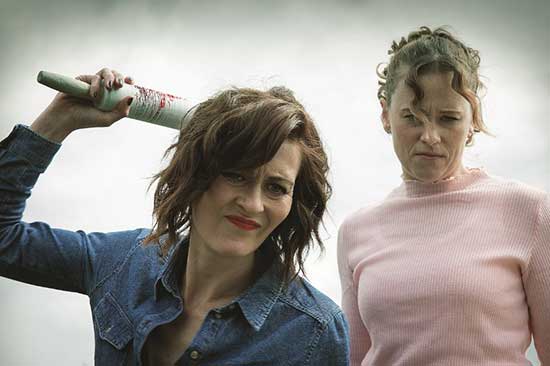 Established in 2016 to celebrate the work of emerging UK genre talent, this will be the fourth year of the Screen International Genre Rising Star Award. Previous winners include: Alice Lowe, Danny Morgan and Ella Hunt. There are five nominees on the shortlist and the winner is announced at a presentation on Monday 26th August at the Cineworld Screen 2, Leicester Square, 6.30pm.

Starring Katie Brayben (Doctor Who, King Charles III, This Way Out), Poppy Roe (This Way Out, Drawn, The Leisure Class), Ben Lloyd-Hughes (Divergent, Me Before You, Malevolent) and Emmy-nominated Sian Clifford (Fleabag, Vanity Fair, Dodgy Dave), the film follows Lou Farnt: a 30-something, self-help addict who wants nothing more than to escape her overly controlling mother and the dead-end seaside town where she grew up. So when strange and strikingly confident new life coach Val suddenly arrives on the scene and invites her on a road trip of alternative therapies, Lou finds the perfect opportunity to leave, and the perfect person to become. Unfortunately for Lou, Val’s a serial killer.

A jet-black comedy thriller in the same vein as Sightseers, A Serial Killer’s Guide to Life is a frenetic Thelma and Louise guaranteed to satisfy the self-help generation, and the modern human’s blood lust.

Staten Cousins Roe (Director, A Serial Killer’s Guide To Life) said: “I’m extraordinarily happy to be working with the incredible Arrow Films on my debut feature film A Serial Killer’s Guide to Life – they are absolute tastemakers in cinema, and it’s any filmmaker’s dream to be working with a team as knowledgeable and dedicated to cinema as they are – let alone on your very first film.

“We made A Serial Killer’s Guide to Life completely through self-funding and Kickstarter, via our Brighton based production company Forward Motion Pictures, as a way of taking control of the filmmaking process – shooting it in only two weeks, at over 30 locations, with a 50/50 gender representative cast & crew, and using many of the same team from my pitch-black comedy short This Way Out. It was a heck of a journey about finding ourselves as filmmakers – and to come out the other side working with the team at Arrow is a dream come true.”

Francesco Simeoni (Director of Content and Distribution, Arrow Films) said: “We are thrilled to have partnered with Forward Motion Pictures on releasing their wonderful film A Serial Killer’s Guide to Life, working with our partners on a global release. It’s not only one of the most confident debuts I have ever seen but also a fresh and exciting emergence of a brilliant creative team which we are sure audiences will fall for.”