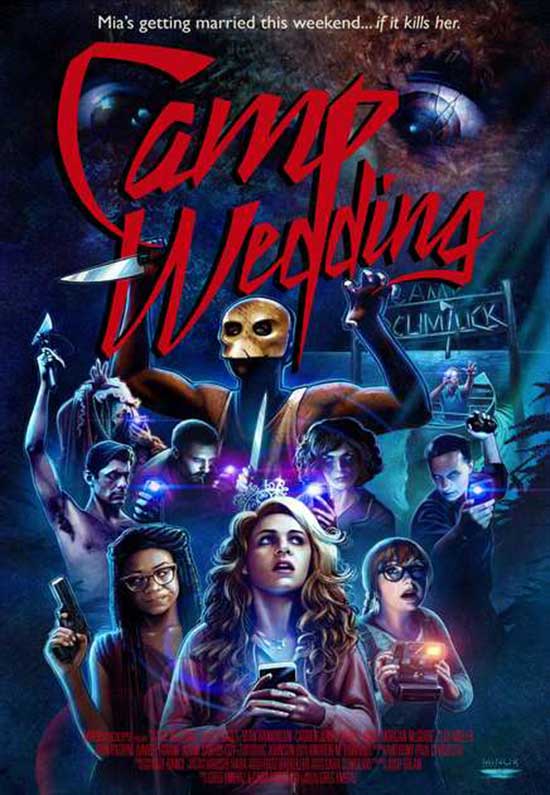 Mia’s getting married this weekend…even if it kills her.

Mia’s wedding party is not too keen on transforming a dilapidated summer camp into the wedding venue of her dreams– when people begin disappearing in the night, that doesn’t help either…

Back in 1985, Camp Pocumtuck was a notoriously strict religious summer camp until it was forced to shut its doors when a young girl was struck by lightning and drowned. Before that, several women were burned at the stake for being witches nearby and before that, it was the site of a Native American massacre. Nowadays, it’s available on Airbnb. Mia’s booked it and expects her wedding party to transform this now dilapidated summer camp into the wedding venue of her dreams. As her friends utterly fail to execute her master plan, they also begin disappearing. But nothing will stop Mia from having a perfect wedding, even when someone starts texting her to hide the bodies.

Based on Executive Producer Cara Consilvio’s own wedding at a summer camp, Camp Wedding is a wedding comedy that stumbles into a summer camp horror movie, but since the two genres are communicating exclusively via text, the tone doesn’t really get communicated. Characters usually lose cell service or their phones entirely in horror movies to make them helpless. Camp Wedding does the opposite. It shows how miscommunication via text and social media can be worse than being totally cut off, forcing its characters to interact in person…or die. Camp Wedding has received critical acclaim, winning the Best Feature Audience Award at Nevermore Film Festival, Best Comedy at Jim Thorpe Independent Film Festival, and Best Sound Design, Best Original Score, and Best Feature at Queen Palm International Film Festival. It will be released on digital platforms on August 20th, 2019.

OUT TOMORROW- AVAILABLE WHEREVER FILMS ARE SOLD OR RENTED ONLINE
itunes.apple.com/us/movie/camp-wedding/id1473292716
Share 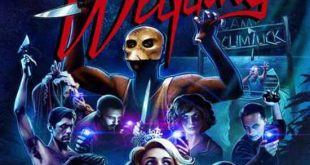