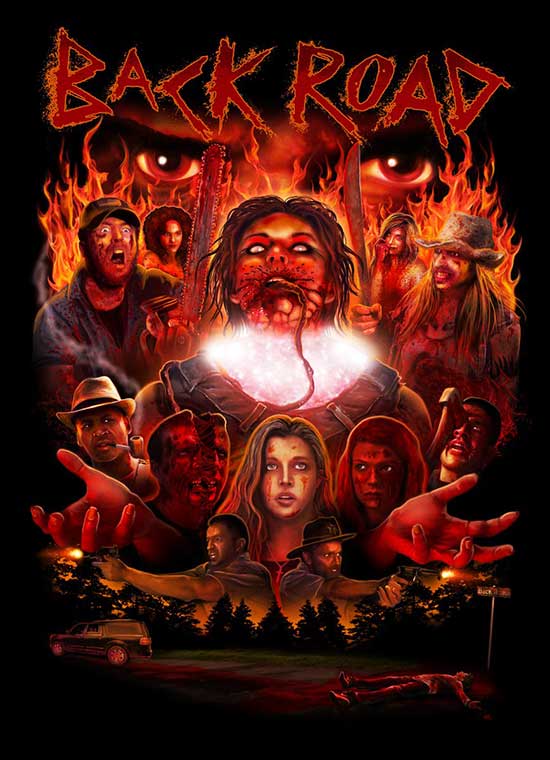 Sick and Twisted Cinema is a new production office that has produced a several short films including Hunting for Justice and the brand new feature length film Back Road. Back Road will premiere late in 2019 and early 2020 at several Film festivals around the world along with special midnight screenings and drive-in premieres. Due to the content of the film, it will be released with a special X RATED.

“The countryside goes to hell when a group of adult delinquents embark on a road trip for a fun fourth of July celebration. The vacation comes to a halt when they cross the path of the psychopathic back woods residents. Who will survive this vomit inducing degenerate masterpiece that will leave you breathless…

Back Road is meant to be a love letter to the horror genre especially the grind house days when films were X Rated for violence and gore. My goal was to give fans a taste of horror pushes their boundaries, from the context of the film to the brutally realistic gags. Back Road is so degenerately SICK, TWISTED, and BRUTALLY RAW it wouldn’t pass rating by the MPAA, and we wouldn’t want them to cut it the hell up anyway. The effects and blood looked so real it even caused a massive search and rescue when some local folks discovered the bloody crime scene from the film.