Home | THE JACK IN THE BOX – Trailer Update!

THE JACK IN THE BOX – Trailer Update! 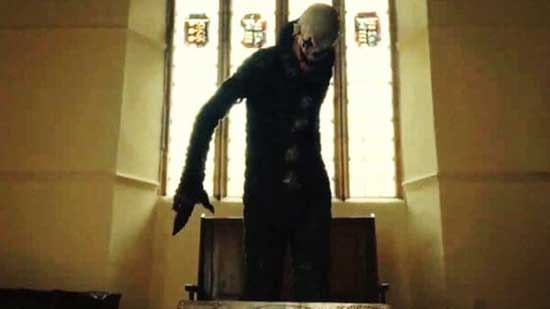 Once you open the box, you can’t escape it.

Writer / Director Lawrence Fowler (Curse of the Witch’s Doll) of Fowler Media dares the audience to open THE JACK IN THE BOX and witness the unleashing of the demon within.

“When a vintage Jack-In-The-Box is un-earthed and donated to a museum in the heart of the woods, its not long before staff member Casey Reynolds has reason to believe the creepy clown doll inside has a life of its own. As Casey discovers his colleagues are dying one-by-one, will he find a way to end the nightmare, or will he too fall victim to the box’s curse?”

“There’s very little out there regarding the origins of the Jack in the box. We found one of many theories linking them to the trapping of demons centuries ago. The concept and image of a terrifying, demonic clown climbing out of the box was an image we were passionate about bringing to life on-screen. We’re so pleased with how the project has turned out.” – Lawrence Fowler.

With UK distribution secured, Fowler Media are currently in talks with distributors around the world regarding a wider release later this year.