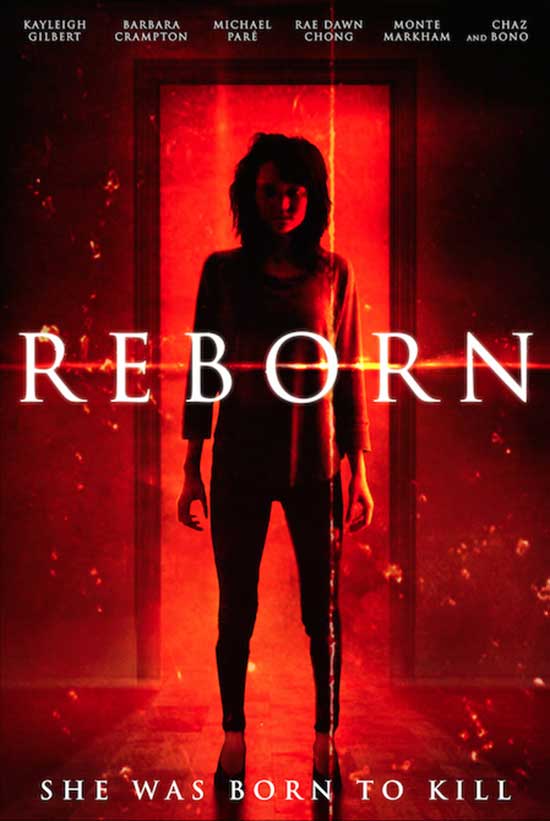 Starring Barbara Crampton (Re-Animator), Michael Pare (Streets Of Fire), Chaz Bono (American Horror Story), Rae Dawn Chong (Commando), Monte Markham (We Are Still Here) and introducing talented newcomer Kayleigh Gilbert, REBORN is a contemporary Frankenstein story about a stillborn baby girl brought back to life by an electrical storm before being abducted from hospital by a morgue attendant. On her sixteenth birthday, empowered with the gift to manipulate electricity, she escapes her captor and sets out to find her birth mother leaving a trail of destruction behind her.

A nostalgic celebration of classic paranormal horror REBORN has screened at over 30 genre festivals worldwide, winning six awards including Best Sci-Fi Feature at Another Hole In The Head, Best Horror Feature at Mad Monster Party and Best Director at Fantasporto.

Barbara Crampton – (Re-Animator, You’re Next, Beyond The Gates).