Home | He-Man Documentary POWER OF GRAYSKULL premieres on digital and DVD this September!

He-Man Documentary POWER OF GRAYSKULL premieres on digital and DVD this September! 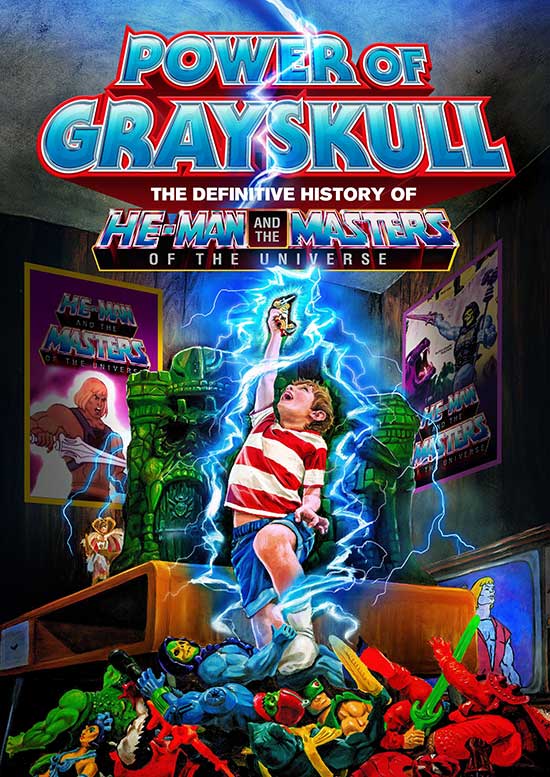 From Randall Lobb and Robert McCallum, THE POWER OF GRAYSKULL : The Definitive History of He-Man and the Masters of the Universe chronicles the beginnings and blockbuster-success of ‘80s toy sensation He-Man in an exhaustive, captivating 95 minute documentary that melts back the plastic on Eternia’s best-kept secrets!

Featuring Dolph Lundgren, Frank Langella, Richard Edlund, J. Michael Straczynski, Alan Oppenheimer and many more, the “fantastic documentary”* THE POWER OF GRAYSKULL will be available on digital and DVD for the first time this September from High Octane Pictures.

In the early 1980s He-Man arrived on the scene and hit the world with a punch as powerful as the character himself. Designed in the wake of Conan the barbarian and under the shadow of Star Wars, He-Man’s surprising popularity spawned a multi billion dollar empire that included toys, comic books, cartoons, live-action movies and a literal sister spinoff show – She-Ra – and continues to appeal to a ravenous fan-base today. Watch as artists, creators and collaborators dig deep, tell tales and share the surprising developments of an unlikely, unparalleled pop culture success in this Definitive History of He-Man and the Masters of the
Universe. Do you have the power?