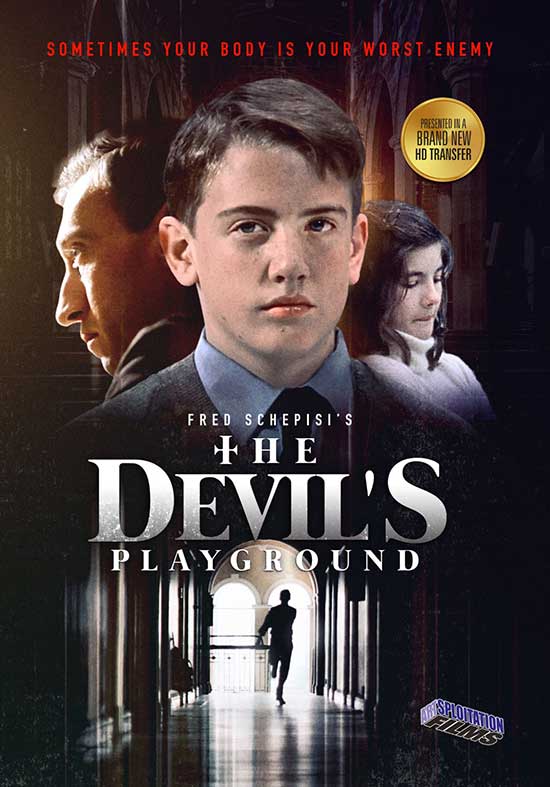 Hollywood director Fred Schepisi’s first feature film is The Devil’s Playground, a 1976 Australian semi-autobiographical drama of a 13-year-old boy’s struggles at a Catholic seminary in the 1950s. The film, long out of print, is being re-released by Artsploitation Films in a new widescreen HD transfer. Included in the DVD is a featurette with Schepisi, as well as an interview and audio commentary by him. The film will be released on DVD and VOD August 8th.

Australian-born filmmaker Fred Schepisi, directed only The Devil’s Playground and The Chant of Jimmie Blacksmith before being lured to Hollywood where his works include Barbarosa, Iceman, Plenty, Roxanne, A Cry in the Dark, The Russia House, Six Degrees of Separation, I.Q. and Fierce Creatures. The Devil’s Playground features a young Simon Burke as Tom, a seminary student struggling with his nascent sexual yearnings and his divine calling. The seminary is lorded over by a group of Brothers who follow a harsh code of religious discipline, all the while repressing their own desires.  A lyrical, mordantly funny memory film about the age-old struggles of mind, body and spirit.