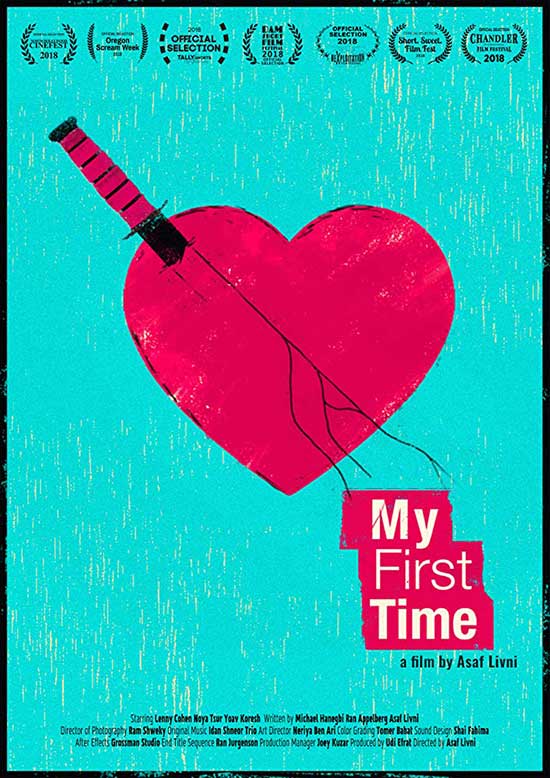 Tonight Maggie is “doing it” for the first time. She meets Kobi, a guy cute enough for the purpose. They head for his apartment, Where Kobi will discover what Maggie’s real intentions are.

More short films, kiddies! Today we have MY FIRST TIME, directed by Asaf Livni and written by Michael Hanegbi, Ran Appelberg, & Asaf Livni. This film was a winner for Best Short Film at Fantasporto 2019, as well as 10 other awards and 3 nominations at several other festivals.

The film was made in Israel and is in Hebrew with English subtitles.

So Maggie (Lenny Cohen) is finally ready to “do it”, break that cherry and go all the way. She brings home a young man named Kobi (Yoav Koresh) and prepares to do the deed. 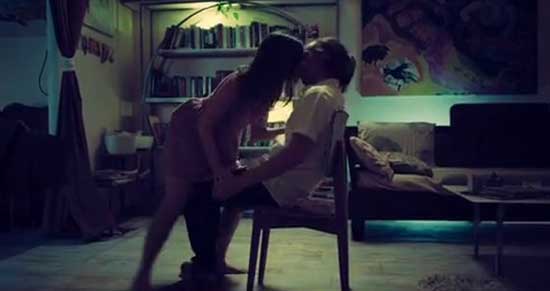 Hang on, though, because this isn’t what you think. Not by a long shot. Unfortunately for poor Kobi, this isn’t about THAT first time.

No, tonight our dear Maggie will score her very first kill. It doesn’t go as planned, however, as Kobi’s ex girlfriend has followed them home and is now an obstacle to Maggie’s experience.

Hilarity ensues, and everything that can go wrong, does go wrong. Some days, you just can’t kill a person. So frustrating, amirite? 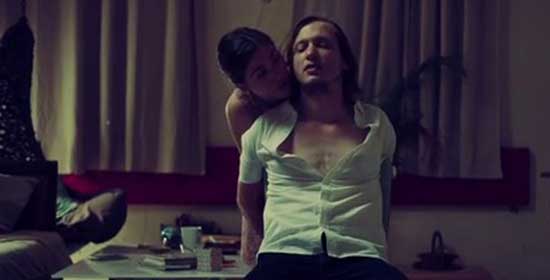 There are some really fun special effects in this one, as well as some pretty impressive stunt work. Overall, its a good time. Highly recommend.