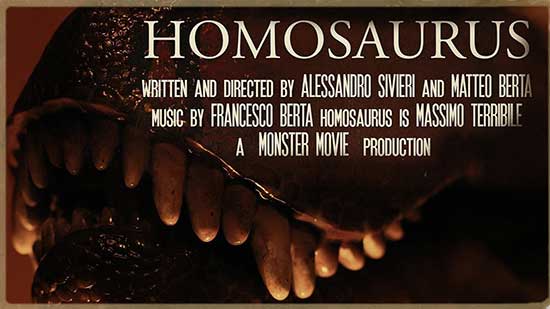 Adam loses custody of his daughter and his entrepreneurial activity is on the verge of bankruptcy. He then decides to shut himself up, hiding behind a mask that will become his curse.

Our story opens with us (the viewer) being privy to a phone conversation concerning an apparent upcoming divorce situation. A woman’s voice is making it clear that she has full custody of a child and will be moving out.

The distraught soon-to-be ex husband (played by an actor credited as Massimo Terribile) launches into a presumably inner dialogue about his current feelings. The strange part is this all happens while he is wearing an articulated dinosaur mask. 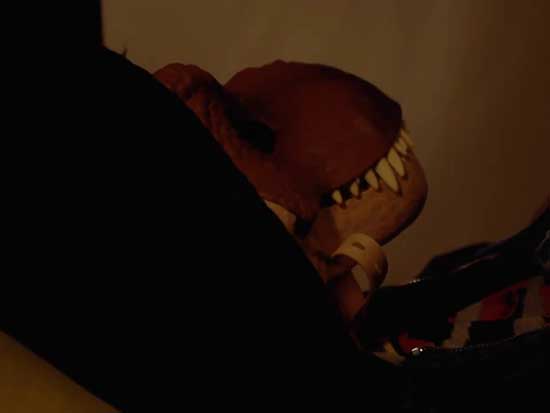 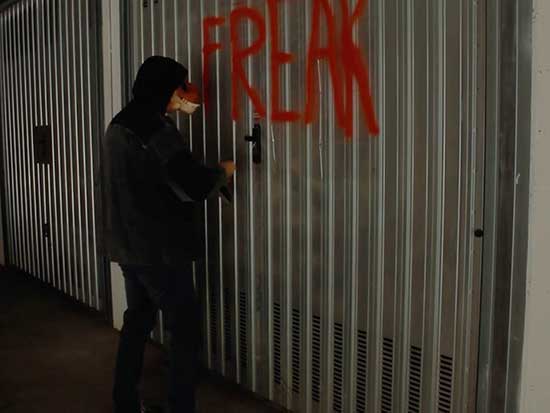 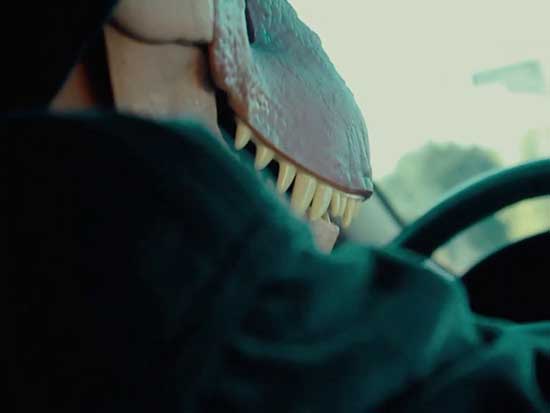 It’s a bit Kafka-esque in that our hero starts to lose himself the longer he wears the mask, like he’s becoming the dinosaur. We don’t get a backstory on how this happened, but we are given the impression this had been a “thing” for some time and perhaps is the root of the coming divorce.

There is a lot to be read into in the film, and with mulitple viewings I keep coming up with different conclusions about the message. It seems really simple and perhaps silly at the surface, but I feel there is something much deeper to be found. 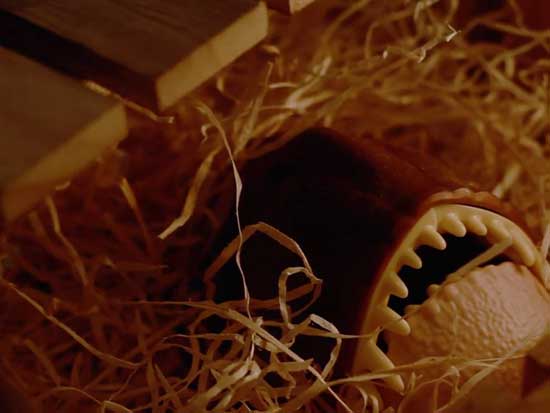 I recommend giving it more than one viewing, definitely. Its not very long, and every time I run it again I discover something else.