More short films, kiddies! Today we have DARK SPECTRE,  written by Bruce Nachsin. There doesn’t seem to be a credit for the director, so perhaps this is a group effort.

Two superhumans meet in a dark alley for a battle to the death to determine who will rule the city. Tensions are high as the Dark Spectre (Bruce Nachsin) faces off against The Spark (Evan Alexander Judson), the villain spitting out his carefully rehearsed monologue before the real battle begins.

Our hero gives it back in kind, and just as the battle is about to get started…. 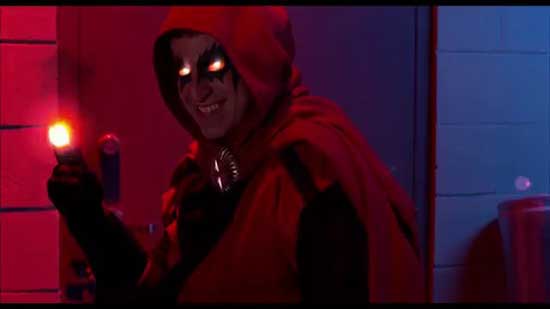 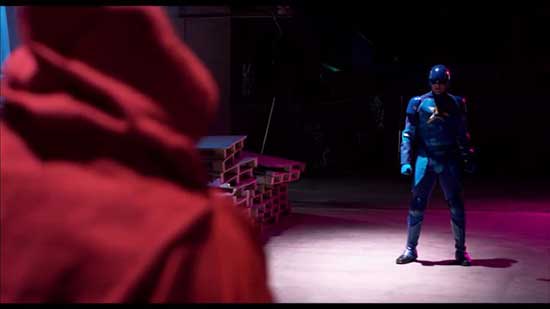 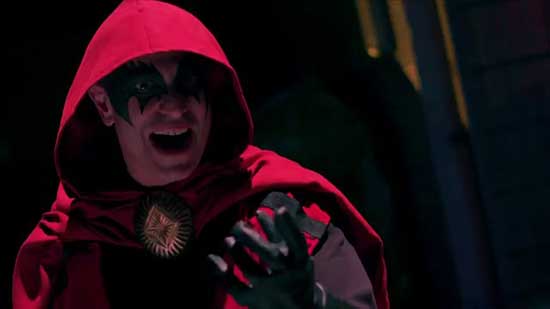 The villain’s mom rolls in.

No, for real. The villain’s mom (Judy Nazemetz) apparently was waiting in the car, and needs to get home in time for her shows. So she figured she would see what was taking so long. 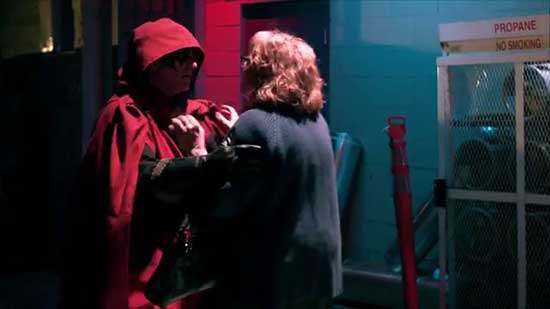 Guys, GUYS this is funny stuff! I’m a sucker for superhero parady, so I admit to being a little biased. Everything about this is so on point. From the comic book style graphics and lighting to the brilliant costume design (kudos to designer Brandon Jaxson), even the classic hero serial music stings, it plays so straight yet is hilarious.

I also want to note that this is apparently the beginning of a web series. This film was a winner at the Geekfest Film Festival in 2016 but there is a sequel (Dark Spectre 2) that has 24 awards from different film festivals in 2018 and 2019. I need to find the sequel, for real. 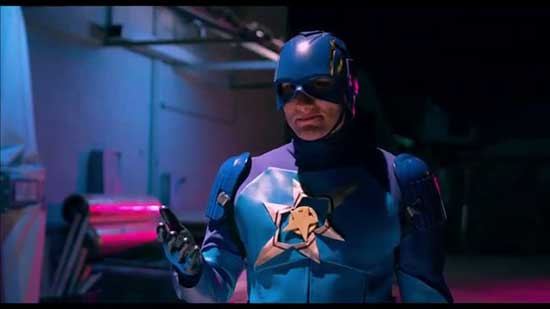 Take my word for it…in the age of the over-blown Marvel and DC cinematic universes, this is a refreshing break. Watch it, just do it, you’ll thank me.