Bonus Materials Include Behind the Scenes Footage & a “Making of” 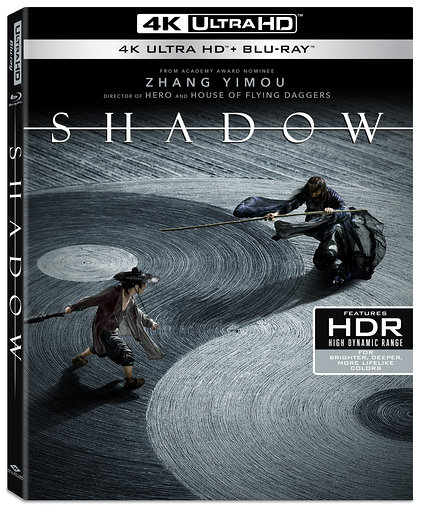 Zhang Yimou is one of the most influential directors in filmmaking of the last two decades and now returns to form in the stunning 4K wuxia action epic SHADOW, debuting on DVD, Blu-ray Combo, 4K Ultra Blu-ray Combo and digital August 13 from Well Go USA Entertainment. With SHADOW, director Zhang Yimou (Hero, House of Flying Daggers) once again pushes the boundaries of wuxia action to create a film like no other, masterfully painting a canvas of inky blacks and greys punctuated with bursts of color from the blood of the defeated. Bonus content includes Behind the Scenes footage and a “Making of” featurette.

In a kingdom ruled by a young and unpredictable king, the military commander has a secret weapon: a “shadow”, a look-alike who can fool both his enemies and the King himself.  Now he must use this weapon in an intricate plan that will lead his people to victory in a war that the King does not want.

SHADOW  has a runtime of approximately 116 minutes and is not rated.