Unlucky Seven – A new game from the creators of The Way

Experience the thrill of an adventure through a beautiful pixel-realistic world, where you are who you eat, and your choices decide the fate of your friends. Meet the hidden goals and desires of each character and jeer as their plans are ruined.

UNLUCKY SEVEN tells a story about love, hatred and craving for human flesh. The new game from Puzzling Dream – the creators of The Way – is a return to the roots of classic adventure games from the ’80s and’ 90s. Just think of such titles as: Sanitarium, Zork, Harvester, Hotel Dusk: Room 215 and more! Fans of the genre will definitely be happy, especially if they like human liver sausages!

Elen’s friends always remember to celebrate special occasions. Instead of attending Alcoholics Anonymous meeting, they go to a birthday party in a luxury motel. Unfortunately, the owner just ate a delicious human liver sausage. And the appetite comes with eating. The party of their life becomes a party of their death. 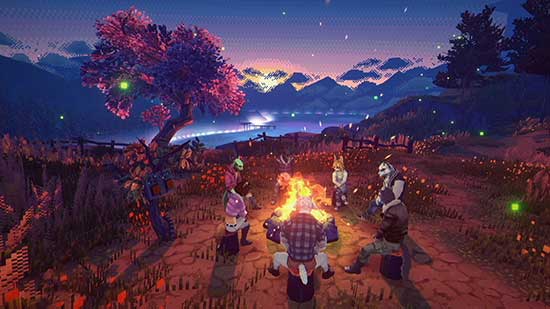 It all began when Blaze Sanecki and Pawel Matysik, friends working in the company, got tired of creating casual games for mobile platforms. They quit their jobs and formed a team of their own. The goal was simple: to make story oriented games that will force players to think. They called themselves Puzzling Dream and decided to base their first project on their most loved childhood games. This is how The Way was born.