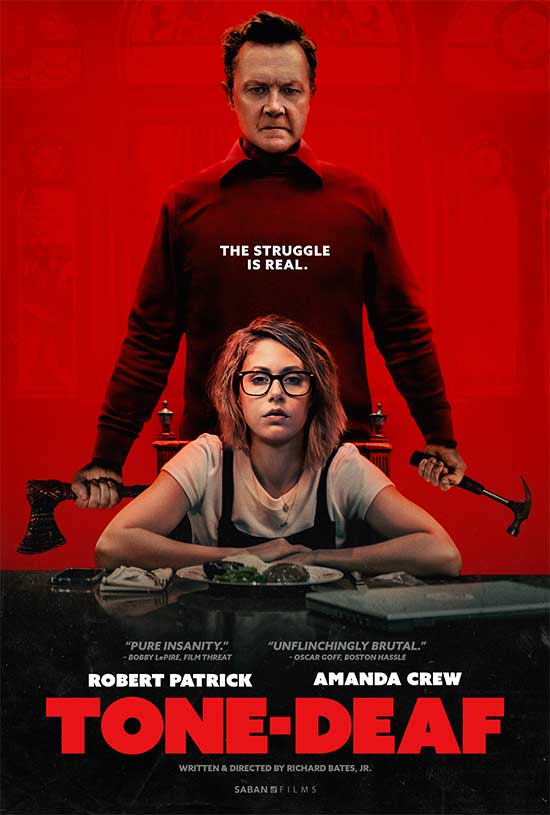 After losing her job and imploding her latest dysfunctional relationship, Olive (Amanda Crew) flees the city for the weekend, escaping to the countryside for some peace and self-reflection. She rents an ornate country house from an eccentric widower named Harvey (Robert Patrick). Soon two generations collide with terrifying results as Olive awakens Harvey’s homicidal tendencies and is plunged into a blood-soaked fight for her life. More than your average slasher film, TONE-DEAF provides a dark critique of the bizarre cultural and political climate that currently exists.