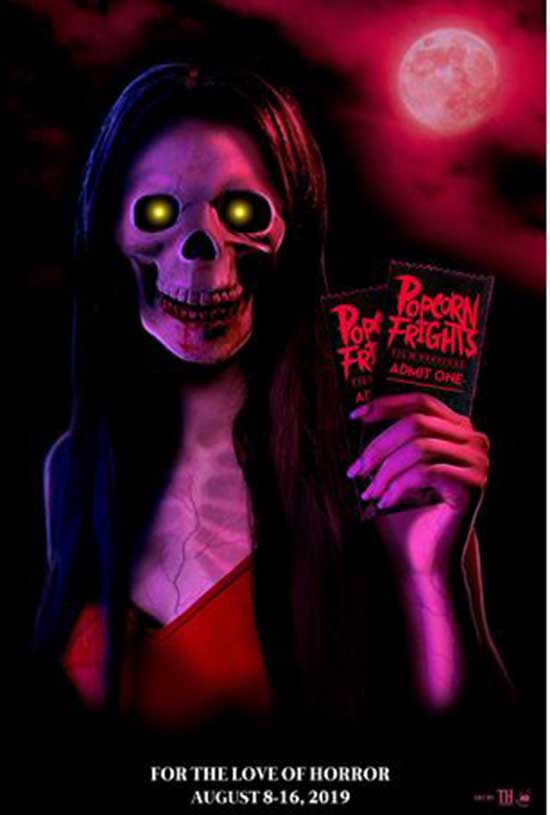 Our fantastic line-up includes the WORLD PREMIERES of HAUNT, the new film from the writers of A QUIET PLACE and THE DARE, the NORTH AMERICAN PREMIERE of THE SONATA, the EAST COAST PREMIERE of BIT, plus so much more.

New Film from the Writers of “A QUIET PLACE”

Popcorn Frights is proud to announce the first wave of programming for the fifth annual celebration of the latest and greatest in genre cinema from around the world. The Southeast United States largest gathering of genre films and fans will take place over 9 nights, from August 8-16, at the historic Savor Cinema in Fort Lauderdale.

The opening night attraction is the World Premiere of HAUNT, the new horror-thriller by Scott Beck & Bryan Woods, the duo who wrote the box office sensation A Quiet Place. Their latest scarefest takes place on Halloween and follows a group of friends as they encounter an extreme haunted house that promises to feed on their darkest fears. Beck & Woods will be attending the festival.

They said today: “We’re thrilled to premiere our new film HAUNT at Popcorn Frights Fest. Their incredible team has cultivated a passionate following by throwing one of the best film festivals around and we can’t wait for the opportunity to scare their audience of hardcore horror fans out of their seats.”

Closing the Festival is Brad Michael Elmore’s BIT, a brilliant and fresh take on bloodthirsty ladies of the night. The film stars Nicole Maines (Supergirl) as a transgender teen who becomes entrenched with a mysterious group of punk feminist vampires hellbent on ridding the streets of predatory men.

The Festival is also deeply proud to host the World Premiere of THE DARE, a gruesome nail-biter that cuts to the bone; and the North American Premiere of THE SONATA, a fantastically feverish chamber piece starring Rutger Hauer.

The second wave of Popcorn Frights 2019 programming will be announced in the coming weeks. Mayhem reigns!

BLISS (U.S.)
Director: Joe Begos
A brilliant painter facing the worst creative block of her life turns to anything she can to complete her masterpiece, spiraling into a hallucinatory hellscape of drugs, sex, and murder in the sleazy underbelly of Los Angeles. Cast: Dora Madison, Tru Collins, Rhys Wakefield, Graham Skipper (Southeast US Premiere)

THE DARE (U.K., U.S., Bulgaria)
Director: Giles Alderson
Four abducted strangers are forced to piece together clues created by their deranged captor who has brought them together to engage in a twisted battle to solve a puzzle to their past…or die a gruesome death. Cast: Richard Brake, Joivan Wade, Richard Short (World Premiere)

DEPRAVED (U.S.)
Director: Larry Fessenden
Larry Fessenden’s reimagining of the Frankenstein myth (shot on the 200th anniversary of the novel’s publication) centers on a PTSD-riddled field surgeon deep in the heart of Brooklyn who decides to reconstruct an unsuspecting man out of spare body parts. Cast: David Call, Joshua Leonard, Alex Breaux (Southeast US Premiere)

HAUNT (U.S.)
Directors: Scott Beck & Bryan Woods
On Halloween, a group of friends encounter an “extreme” haunted house that promises to feed on their darkest fears. But the night turns deadly as they come to the horrifying realization that some nightmares are real. Cast: Katie Stevens, Will Brittain, Lauryn Alisa McClain (World Premiere)

SATANIC PANIC (U.S.)
Director: Chelsea Stardust
A pizza delivery girl at the end of her financial rope has to fight for her life – and her tips – when her last order of the night turns out to be high society Satanists in need of a virgin sacrifice. Cast: Rebecca Romijn, Jerry O’Connell, Ruby Modine (Southeast US Premiere)

VILLAINS (U.S)
Directors: Dan Berk & Robert Olsen
After a pair of amateur criminals break into a suburban home, they stumble upon a dark secret that two sadistic homeowners will do anything to keep from getting out. Cast: Bill Skarsgård, Maika Monroe, Jeffrey Donovan, Kyra Sedgwick (Florida Premiere)

TICKET SALES:
Festival All-Access Badges are on sale for a limited time for $99 per person and $169 for couples, and single screening tickets are available for $12. To purchase badges or tickets and view the Festival schedule, visit www.popcornfrights.com 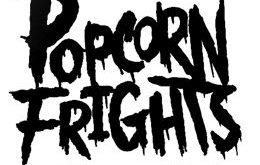