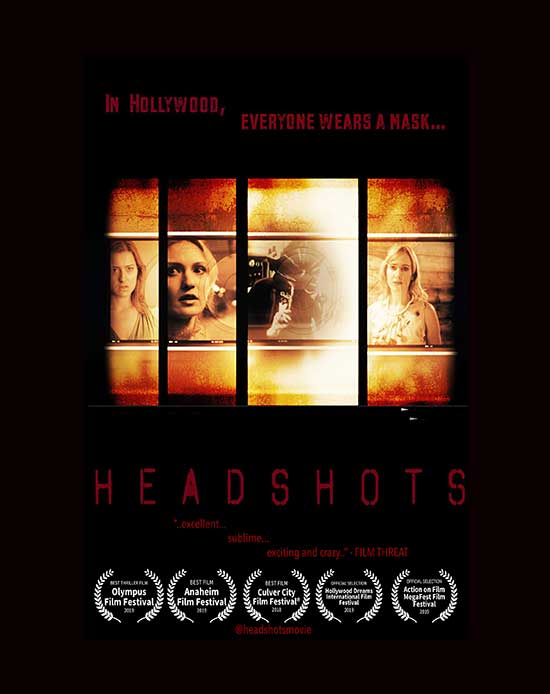 HEADSHOTS follows a young British actress who goes to LA to be a movie star- only to cross paths with a serial killer in her acting class.