Los Angeles, CA – Indie Rights are excited to announce the limited theatrical debut and Digital HD rollout of Kyle Schadt’s suspense thriller Silent Panic. A simple camping trip changes everything for three friends when they find a dead body in the trunk of their car, but cannot agree on whether or not to tell the police. They try to conceal the body, but the guilt weighs heavily on them as they debate what to do, seeping into their lives and affecting those closest to them.

Silent Panic will open in Los Angeles for a weeklong run at the Arena Cinelounge on July 5, before the film premieres on Amazon Instant Video. Silent Panic will continue to rollout on additional Cable and Digital VOD in the coming weeks. 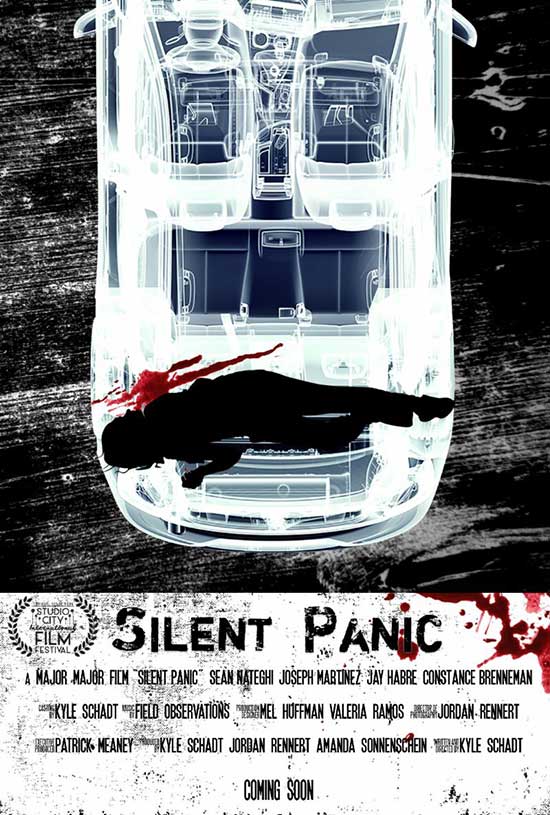 After discovering a dead body in the trunk of their car, three young men are faced with fear and indecision. They struggle with the dilemma of either concealing a crime they did not commit, or reporting it to the police with the possibility of becoming suspects themselves. All three men make a choice, and their lives will never be the same.