GKIDS, the acclaimed producer and distributor of animation for adult and family audiences, announced it has acquired the North American distribution rights for the animated feature WHITE SNAKE, which premieres in competition at the Annecy Int’l Animated Film Festival this week. GKIDS will release the film theatrically this fall in both original Chinese and a new English-language version.

WHITE SNAKE marks GKIDS’ first Chinese animated film. The film comes from Beijing-based Light Chaser Animation, one of China’s premiere animation studios, in a co-production with Warner Bros., and was co-directed by Amp Wong and Zhao Ji. It grossed RMB 449 million (US $67 million) during its theatrical release in China earlier this year. WHITE SNAKE follows Blanca – a young woman who has lost her memory – as she searches for her identity, in a story based on one of China’s oldest tales. GKIDS’ CEO and Founder Eric Beckman and Light Chaser Animation’s Yu Zhou negotiated the all-rights deal. International sales outside of North America, China, and Japan are handled by All Rights Entertainment, who also handled sales on the two previous animated films produced by Light Chaser Animation. 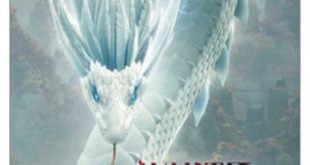