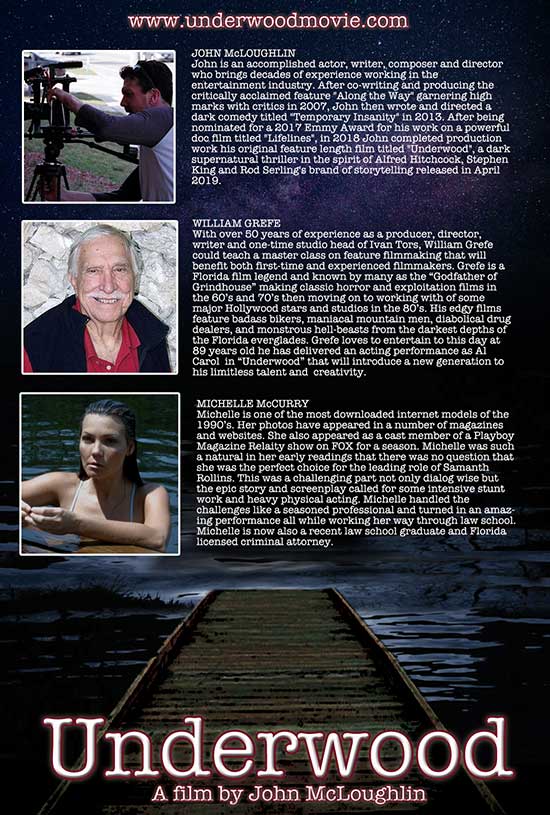 After decades as a writer, director and producer working with top industry names, Bill agreed to play a major acting role in my film after simply reading my screenplay. Grefe was a priceless asset to my young indie crew offering everything from lighting tips, camera angles and a lifetime of great filmmaking stories that kept the cast and crew in stitches on some long and tiresome shooting nights. The film was shot over a 5 year period with setbacks including cast health issues, cameras getting stolen from set, and even the loss of cast member and friend, Fernando Rio… but you would never know it, the film looks and feels like it all takes place over 48 hours seamlessly thanks to the hard work of everyone involved.