A savage killer is on the loose! 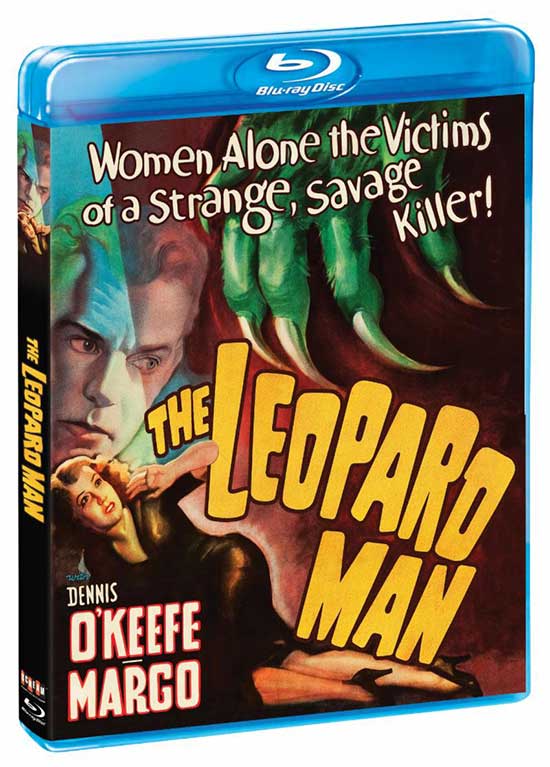 From legendary horror film producer Val Lewton (The Body Snatcher, Bedlam, The Ghost Ship) and from Jacques Tourneur, the director of the original Cat People, The Leopard Man is one of the first American films to attempt a remotely realistic portrayal of a serial killer.

Is it man, beast or both behind a string of savage maulings and murders? An escaped leopard provides the catalyst for a foray into fear in which a cemetery is the rendezvous for death and love, and a closed door heightens rather than hides the horror of a young girl’s fate. The Leopard Man once again teams producer Val Lewton with director Jacques Tourneur (Cat People). This thriller stars Dennis O’Keefe (T-Men, Raw Deal), Margo (Lost Horizon) and Jean Brooks (The Seventh Victim).
Special Features:
NEW 4K scan of the original nitrate camera negative
NEW Audio Commentary with filmmaker/film historian Constantine Nasr
Audio Commentary with filmmaker William Friedkin
Theatrical Trailer
Still Gallery