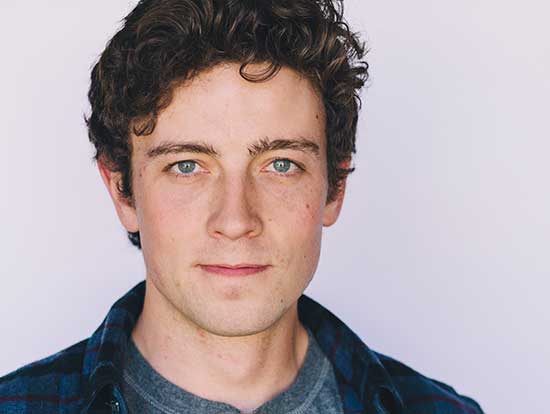 “Samuel Goldwyn Films will release the horror/thriller HEAD COUNT in theaters and on digital and On Demand June 14, 2019.

Newcomer Evan joins a group of teens on a getaway in Joshua Tree. While exchanging ghost stories around the campfire, Evan reads aloud a mysterious chant from an internet site. From that moment, someone–or something–is among them. As unsettling, inexplicable events become more frequent, Evan realizes this summoned shape-shifting creature is targeting them to fulfill a deadly ritual.”

Hi Isaac, How are you doing?

Isaac- Good, How are you doing Janel?

I am good. Thank you. You did such an amazing job in “Head Count.” This cast is great and the film is creepy and has some intense psychological moments. How did you get involved?

Isaac- I worked with the writer, Michael Nader on a previous film called “Flock of Four.” He mentioned that he was writing a horror movie while we were filming “Flock of Four.” I kept my ears and my eyes to the ground and as soon as I found it I decided to go out and try to audition for it. I auditioned for it and then I met the director Elle Callahan and I fell in love with her. Working with her, we had so many of the same ideas and thoughts. I thought this is going to be really fun and I got the actual script and I read it and the second I read the relationship between Evan and Peyton (portrayed by Cooper Rowe) my creative juices were like, Yeah! I want to dig into this. Then I got to the monster and the psychological side of it and what’s going on with Evan, like am I crazy? Am I not crazy? I was totally sucked in. 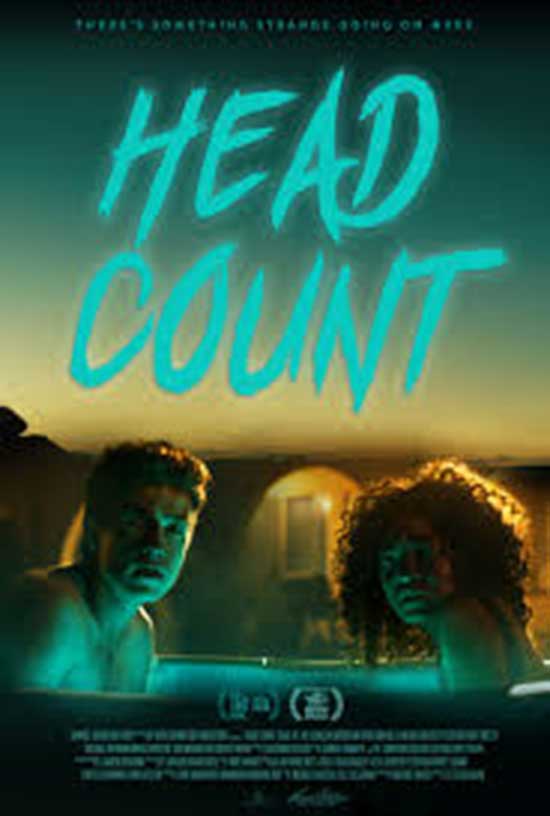 There is a great psychological side to the film. You do wind up questioning some things. It kind of messes with the head a little. Did you have to do anything special to prepare or did anything super weird ever happen to you that you sort of took with you to work on this film?

Isaac- I personally have never had a monster chase me.

Isaac-Joking. There is nothing… Actually that’s not true. The desire to belong is really relevant in this movie both… for the monster and for Evan. It is an insecurity for Evan and I think the monster takes advantage of that. I certainly in my life have felt the desire to want to be a part of a group or be doing something else other than hanging out with my big brother… I don’t have a brother but I get that. For me this movie was really interesting and it was fun because a lot of the acting moments made it kind of easy. You do question yourself like, am I crazy, but I think it is a thought that everybody kind of on their own daily basis.

I agree with that. Did you guys face any kind of challenges because you are in cars for a bit and then was it really filmed in Joshua Tree? What was that like?

Isaac- We shot the whole movie in Joshua Tree on location. The house where we shot it was an AirBnB that Elle had stayed in with Michael and a couple of other people like about a year before in which the idea for this movie had come to fruition. We were shooting in this house for three weeks basically and in the actual Joshua Tree park. It is a low-budget film so there were a lot of rigging cameras to the hoods of cars and driving on a main street. It was fun but it was cold. Joshua Tree in February can get down into the thirties. There were a couple night shoots particularly a scene in a hot tub in which I’m in my underwear when we were shooting at like two in the morning and it’s in the thirties and the wind is absolutely howling and I am having to get in and out of this water that is barely eighty degrees.

What was it like for you working Elle Callahan?

Isaac- Working with Elle was absolutely fantastic. She is such a talented director and anything she has any hand in the future it will turn out so well. So when I first started working on the film, I met with her, like a couple weeks before we shot. One of the things she said to me when we were talking about our process was, I’ve hired the best people I can from every department so that once we’re shooting I don’t have to worry about anything except you and making sure that we tell this story right through the acting and performances. So, once we were onset she rarely had to go talk to somebody about a production aspect because everybody was so on top of their job and they knew what was happening already. Elle was really able to be present for the performers and the camera. That worked so well and it developed this sense of trust between us from right off the bat. She was so willing to trust everything I did. That led to us being on the same page with Evan. Something fun she did was she didn’t tell any of the actors about the monster or tell us about its lore or anything to try and simulate this experience of coming into contact with this thing you have no idea about and its chasing you. That was fun and helpful because as an actor if you are trying to create in your imagination what this thing is and you actually have no idea what it is your imagination can like a normal human being just swim in any direction and you find yourself going down alleys that probably aren’t even accurate to the movie. But as a human being you’ve decided this is the scary thing that’s about it. So, that was really fun.

That is actually kind of cool that she didn’t tell you guys anything. The reactions were intense.

What are you working on next Isaac?

Isaac- I just finished a little cameo on Elle’s next movie which is called, “Witch Hunt.” It is going to be a blast for everybody. Then I just wrapped up a web series called, “Body of Work” which is a fun, zany comedy about some treasure hunters in the Santa Fe, New Mexico art world which is a crazy place. 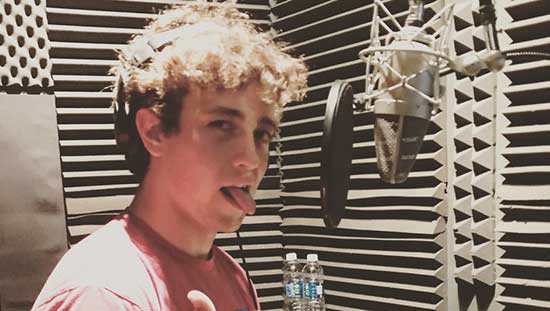 What would you like the fans and audiences to know about “Head Count?”

Isaac- Good question. Just absolutely go along for the ride. Know that the monster will not give you all the answers. That is one of the greatest things about this movie is that as much as you experience the monster you never really learn that much about it. That is part of the horror and what is this thing and it lives with you and it keeps living with you so let it live with you and don’t search for the answers because I think that’s where a lot of people will find the psychological part of this movie. Appreciate the emotional depth that has been achieved in this movie.

I think you guys did an amazing job and “Head Count” was so great. So, I thank you so much. 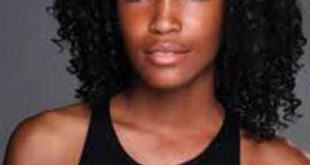 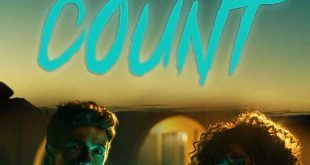