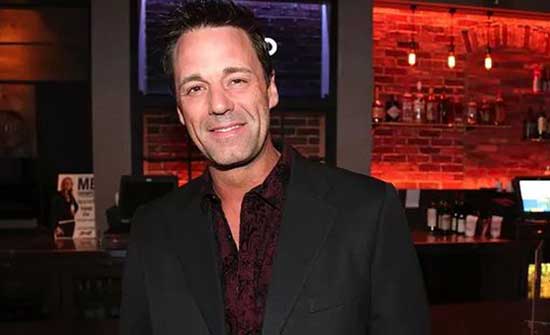 “The Terror Of Hallow’s Eve combines mind bending practical effects, 1980s nostalgia and a relatable story with a strong anti-bullying message and will premiere at the festival on August 28, 2017 at the CineWorld Theater in Leicester Square. The premiere will be attended by Illusion Industries Inc. founders, Director Todd Tucker (whose special effect makeup work includes Charmed, Watchmen, G.I. Joe Retaliation and Ouija 2)

“The Terror of Hallows Eve” is now on Blu-ray and DVD. What can you tell us about the film, the special features and more?

Todd- Well basically the film was picked up and then a domestic distributor had picked it up and they secured a deal with Redbox on December 14th. Then it also came out on Amazon, not Amazon Prime but Amazon the exact same day. Both Redbox and Amazon had given it four stars out of five so people are digging it. We have a mask line of all four characters coming out for Trick or Treat Studios in June so they will be available. We are also doing a Trickster costume so there will be costumes available for Halloween.

That will be great Todd. Each one of those characters are so unique and it will be so cool to see them as costumes now.

Todd- Yes they are not gory. They are more creature-cool with a little bit of a Tim Burton feel and whimsical.

Yes. You take so much away from “The Terror of Hallows Eve.” There is such a good message you take away from the film. You take away so much and it feels like you can defeat anything you are going through even in the darkness of the world.

Todd- We were a little worried and we were sticking to the 1980s genre formula and for the first thirty minutes, there’s really no monsters in it. It was all character development. People were invested in the characters. We weren’t sure if the story would resonate as much as I thought it would but it seems like it did.

Todd, do you think you will be doing a sequel or something with some of the characters?

Todd- Right now we have a bunch of films that we are out doing meetings on. We set up the film for the sequel at the end of this one. We came up with a concept for that script and we have an outline so were ready to forward on it. We are waiting for this one to get a little bit more credibility and a little bit more of an audience behind it. It’s growing everyday though because more and more people are finding the film. 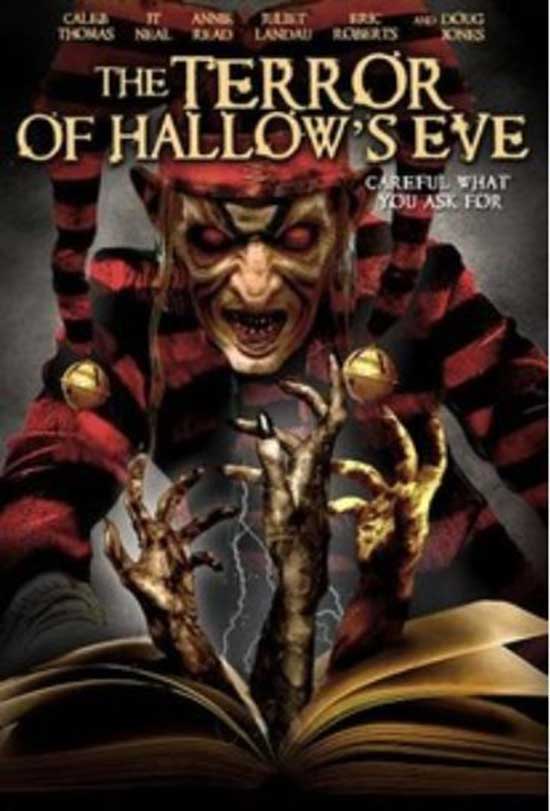 Will you continue to play Tim or not in the film?

Todd- It would be really easy for me to do it. If we are in control of everything I will continue to play the character but if the studio jumps in and they decide they need to switch it up to a recognizable person I am not opposed to that happening. I would rather wait and see what happens but I would like to play the character because I know that character.

The movie is based on something that happened to you? Part of it is based on your life so you would know the character.

Todd- Yes, absolutely. The entire first half hour of the film actually happened to me when I was about fourteen.

I love that you did that because horror and movies have always been sort an escape for me and many others. What would say you to someone who wants to be in this business because you have done a lot of everything and you are successful and inspiring so what would you say?

Todd- Oh yeah. Thank you first off. When you are creative you have to find out what drives you and what you are passionate about. My daughter right now is in college but she thinks she wants to work in the film industry but she doesn’t know what she wants to do? I said, look you need to kind of look into it and see if something really strikes your interest. You have to see what you are good at and what feels right. For me I knew exactly what I wanted to do. I wanted to make monsters, play monsters and make monster movies. I told my daughter to go online and start doing research and looking at the behind the scenes of things. That is what I would say to people. Do the research and make a portfolio.

Ron- I have more of a business background. I am involved. I am Todd’s uncle. I got involved with this a few years back. This industry is passion-driven. You don’t really go into this business because of the financial side of it. There is a lot of behind the scenes. It is a tough industry. It is up and down from the business side of it. You heard of the “starving actor/actresses.”

I agree and I think if you learn about so many different things and you do have a background like Todd with so much talent. You can learn a lot and learn different aspects of the industry.

Todd- Yeah the process and the team of people they have that makes it all come together is a huge machine. It is almost like a choir. It is borderline magical.

Ron- It’s true because we try to work with really good people.

The cast did such an amazing job and the interaction between Eric Roberts and Caleb Thomas was excellent.

Todd- I appreciate that. There’s not one bad performance in the film. Everybody is really good. I wanted the film to conversational. Caleb came up to me when we were shooting and said, Eric is really hurting my neck. I said I know, it looks like and Caleb said could you tell him to stop? I go, do you mind if I don’t.

It does look so real.

Ron what did you think of Doug Jones as the Scarecrow/The Trickster?

Ron- Let me say this first, Doug is probably one of the nicest guys that you could ever meet. He is genuinely a genuine person who is really nice about everything. We only had Doug to do the Scarecrow and then we had shot the friendly Trickster as a puppet. It was a three foot puppet. Most of the puppets were operated by Jim Henson puppeteers. We talked to Doug and said would you be willing to come back in and he said yeah totally he would do that. He is easy and so nice to work with. 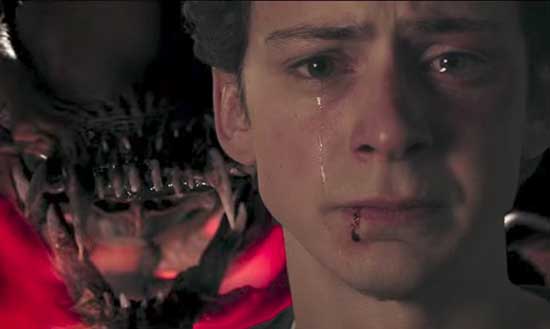 A lot of people want to know about the cosplay and costumes of the Scarecrow and The Trickster. When will they be available?

Todd- People love the characters. Yeah, you know what I had a couple of cosplay people reach out to me and ask me the same thing. You know what if you could just drive everybody to www.theterrorofhallowseve.com/

That will be awesome.

What do you want to say to all the people that will be watching “The Terror of Hallow’s Eve?”

Todd- You know what my critical goal was to come up with characters that would have that old school, iconic vibe and feel. I hopefully made something that people would want to see more and more of. We are really proud of it.

Todd- Thank you and no problem.