Toulina – Trailer and Updates on Feature 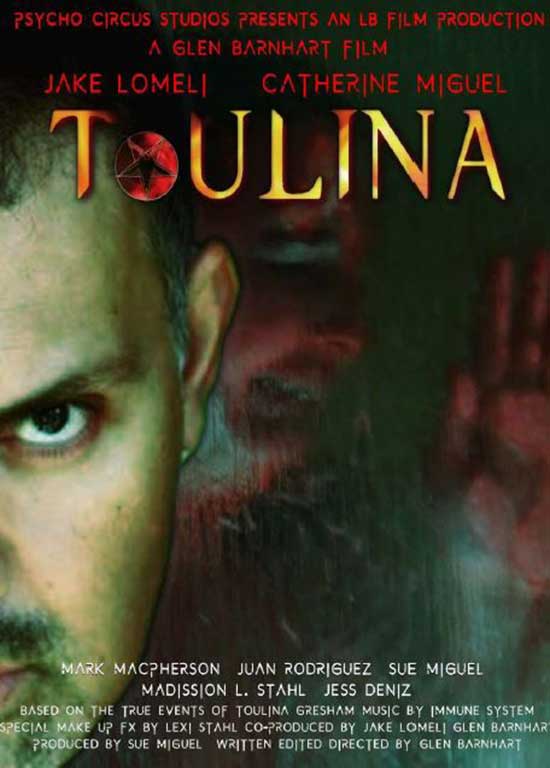 Toulian is a horror film based on true events.

Where a teen aged girl gets possessed by a demon over the course of a few days after playing with a ouji board game with her friend, Jen. As the days go by, the demon plays with her mind, making her see and hear things that are not there. As the demon grows stronger it finally takes possession of her. After a few days, Toulina’s mother, Mary notices that Toulina isn’t acting the same.

And she too starts to see things that are not really there or happening. Fearing for her daughter, she calls on the family priest, Father George for help. Father George enlists the help of Father James to see if Toulina is in fact possessed by a demon. And while this is happening, Father George is also faced with his own past failures as a Priest, and must over come it to help Toulina.

When both Priests fail, and Father James is no longer able to help, Father George then calls on an unlikely ally to help, High Priest of the Satanic Church, Dominic. Dominic, who goes around helping those in need to rid of evil demon’s is called into action to help Father George in saving Toulina. Together they battle a demon that is so powerful, it nearly kills them both.

The film stars Jake Lomeli, who has been awarded the Ray Tico International for professional career in Magna Award ceremony in April, 2018 in Mexico City. And has received nominations in both Hollywood and Mexico as an actor. He has also won the Hayek International award and has his prints in Galleries Plaza De Las Stars. Jake Lomeli will be starring in, producing, along with being co-creator of “El Guardian”. His ideas come from “Real World” issues that surround today’s immigrants. Having worked with real people with the same issues and more. His insight on each story will tell a very real interpretation of what immigrants face on a daily basis