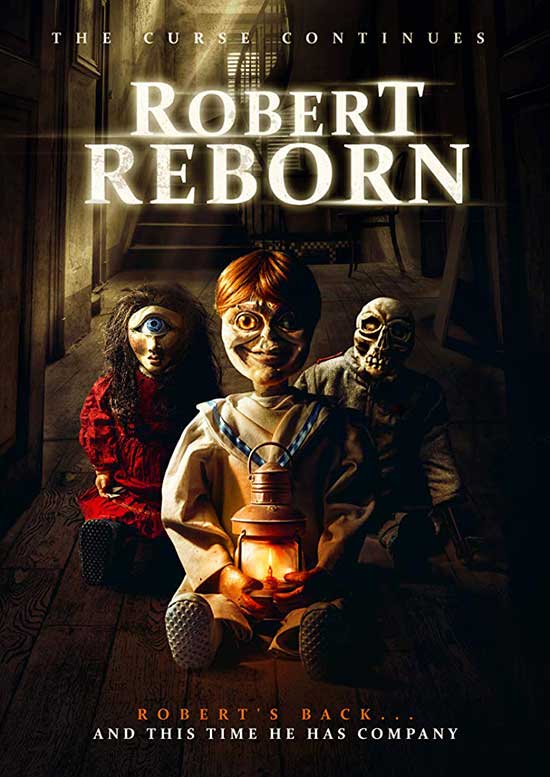 ‘Robert’s back… and this time he has company’
Robert Reborn the highly anticipated fifth installment of Andrew Jone’s Robert the Doll franchise has unleashed it’s first trailer.  We see Scream Queen Rahel Kapsaski (Spidarlings) as Olga a Russian assassin in Stalin’s service while Lee Bane reprises his iconic role as the Toymaker.
Plot:
“In 1951 USSR, as the Cold War intensifies, infamous dictator Joseph Stalin is suffering with illness and his death is imminent. Meanwhile, KGB agent Stoichkov discovers a mysterious stage show in the Baltic region featuring three creepy dolls – Robert, Kalashnikov and Miss Cyclops.
Spellbound by the lifelike animation displayed by the dolls on stage, Stoichkov investigates the show’s host and discovers he is a German Toymaker who owns a mystical book which holds the key to eternal life. Believing the Toymaker and his book will help Stalin escape death, Stoichkov kidnaps him and they board a plane to Moscow.
However, the Toymaker’s living creations have followed them. When the plane is in mid air all hell breaks loose as Stoichkov and his team of KGB agents realise the three dolls are on board and will stop at nothing to rescue their puppet master. Fasten your seat belt and prepare for blood soaked toy terror at 30,000 feet…”

In the UK, 4Digital Media is releasing Robert Reborn on DVD on 24 June 2019.
Share