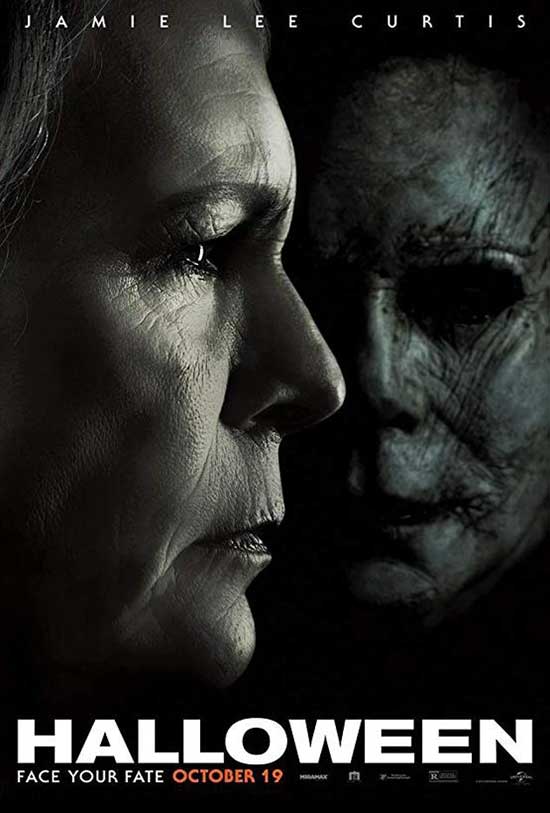 It doesn’t have to be Halloween for the bogeyman to come out. Starting May 25th, Halloween will be available to stream on HBO NOW.

Following John Carpenter’s classic 1978 horror film by the same name, Jamie Lee Curtis returns to her iconic role as Laurie Strode in her final confrontation with infamous killer Michael Myers, who has haunted her since narrowly escaping his killing spree on Halloween night, four decades ago.

In October 2018, forty years after the massacre in Haddonfield, true-crime pod-casters Aaron Korey and Dana Haines travel to Warren County Smith’s Grove Sanitarium to visit Michael Myers. They briefly interview Michael’s psychiatrist Dr. Ranbir Sartain, a former student of Dr. Samuel Loomis, before meeting with Michael in hopes of gaining some insight into his past actions before his transfer to a new facility. Aaron brandishes Michael’s mask at him, to no effect. In Haddonfield, Illinois, Laurie Strode is living an isolated life, having been divorced twice, developed a strained relationship with her family and turned to alcohol. Laurie has prepared for Michael’s potential return through combat training. The following night, Michael’s transport crashes. Michael kills a father and his son who stumble upon the crashed bus on the road, and steals their car. The following day, on Halloween, Michael resumes his killing spree, killing several people at a gas station, including a clerk, a mechanic for his coveralls, as well as Aaron and Dana. He then recovers his mask and heads to Haddonfield. Laurie attempts to warn Karen, and her husband Ray, of Michael’s getaway, but they dismiss her concerns..