Written and Directed by Sarah Pirozek 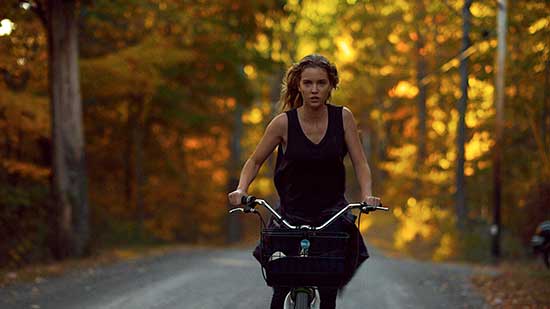 “#LIKE is a taut observation of teen sexuality and paranoia at the intersection of #MeToo and the unpoliced borders of cyber life, blessed with a stellar break-out performance by Sarah Rich.”

– Denis O’Hare of “This Is Us” and “American Horror Story”

Premiering at the Brooklyn Film Festival on Saturday, June 1st

Woodstock teen Rosie (Sarah Rich) is mourning the first anniversary of her younger sister Amelia’s death, when she discovers that the mysterious man (Marc Menchaca, “Ozark”, “Homeland”) who sexploited and bullied her sister into committing suicide, is back online trolling for new victims. After the authorities refuse to get involved, Rosie discovers a darker side she never knew she had as she takes justice into her own hands.

Written, directed, and produced by Sarah Pirozek, #LIKE is a feminist noir thriller that dissects the resolve of a young woman trying to rectify her sister’s reputation at any cost, led by a commanding debut performance by Sarah Rich that evokes those of Ellen Page in HARD CANDY and Matilda Lutz in REVENGE.