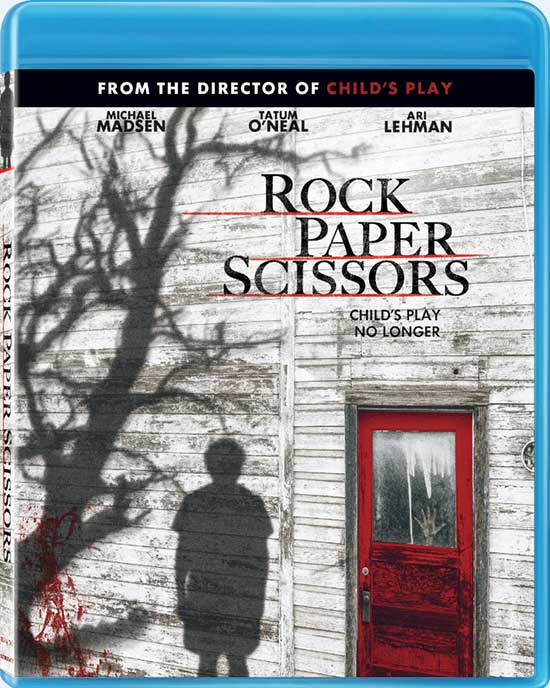 Written by Kerry Fleming & Victor Miller and Directed by Tom Holland, the Rock, Paper, Scissors Blu-ray and DVD will be available for the suggested retail price of $24.99 and $19.98, respectively.

From the writer of Friday the 13th and the director of Child’s Play comes this tale of a serial killer that’s been cured… or has he been? Released from a mental hospital, Peter (Luke Macfarlane, “Brothers & Sisters”) is haunted by memories of childhood abuse and murder victims while being menaced by the cop who put him away (Michael Madsen, The Hateful Eight). His only friend is pretty neighbor Monica, who says she wants to interview him for a book. But does she have a more sinister motive in mind?

Please let me know if you would like to set up a review and/or giveaway. Please note we have only DVDs available.