Deep Clean launches on DUST May 23 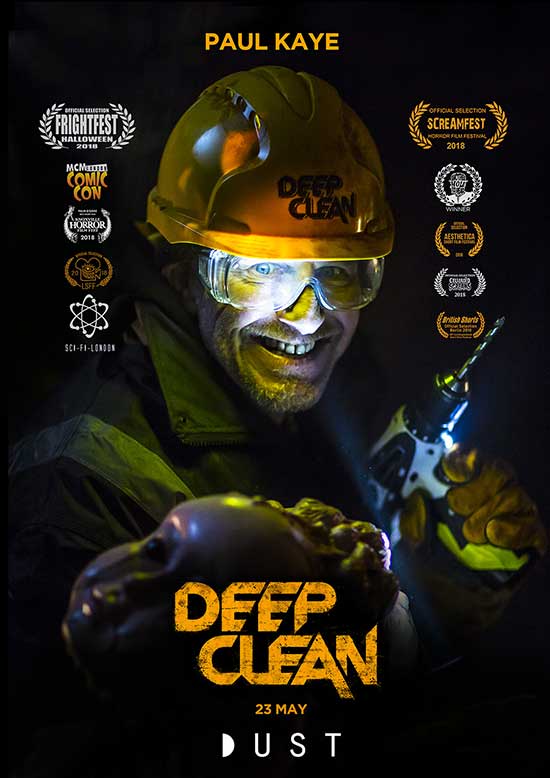 Deep Clean is a comedy horror short starring Paul Kaye (Thoros of Myr, Game of Thrones) which premieres on DUST May 23rd.

A troubled kid discovers his Uncle’s road crew is hiding an amazing secret – they fight monsters!

The film is just the start of the Deep Clean world, which we are developing into a series/feature.