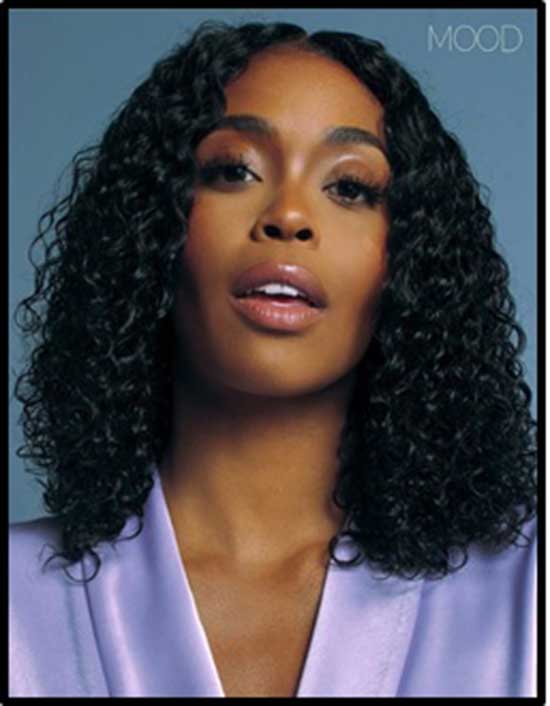 2018 Teen Choice Award nominee actress / philanthropist / entrepreneur Nafessa Williams, lights up the screen as the breakout star and standout character ‘Anissa Pierce’ aka ‘Thunder,’ TV’s first black female lesbian superhero, on The CW’s hugely popular adaptation of the DC Comic “Black Lightning” (the series was just picked up for Season 3). Williams is brilliant as she brings to life ‘Anissa/Thunder,’ the strong minded daughter of ‘Jefferson Pierce’ (Cress Williams, “Hart of Dixie”), who is part of a generation of younger activists ready to take to the streets and reject the notion of “respectability politics,” believing that sometimes the only way to get the world’s attention is to burn something down. Williams is also set to co-star in the upcoming Sony Screen Gems feature film BLACK AND BLUE opposite Naomie Harris (MOONLIGHT) and Mike Colter (“Luke Cage”), set for a wide theatrical release on September 20th, 2019. We would love to discuss setting up an interview with you and Nafessa to discuss her breakthrough roles.
The critically acclaimed and groundbreaking series features the first black super hero family on network TV and has been described as not only “powerful” and “fresh,” but a series that has a “strong sense of identity” too. “Black Lightning” centers around the Pierce family led by patriarch ‘Jefferson Pierce’ (Cress Williams, “Hart of Dixie”), a man wrestling with a secret. Choosing to help his city without using his superpowers, he watched his daughters ‘Anissa’ (Nafessa Williams) and ‘Jennifer’ (China Anne McClain, DESCENDANTS) grow into strong young women, who now nearly a decade later, are beginning to realize they have super powers of their own. Season 3 will premiere this fall.
In Sony Screen Gem’s BLACK AND BLUE, exposure follows rookie Detroit African-American female cop (Naomi Harris) who stumbles upon corrupt officers who are murdering a drug dealer, an incident captured by her body cam. They pursue her through the night in an attempt to destroy the footage, but to make matters worse, they’ve tipped off a criminal gang that she’s responsible for the dealer’s death. Williams plays the gritty ‘Missy’ in the film is a gritty former friend who now has ties to the drug dealer gangs. The role comes a s a polar opposite to her TV character who is on the streets fighting crime. The cop drama is slated for a wide-theatrical release on September 20th, 2019. 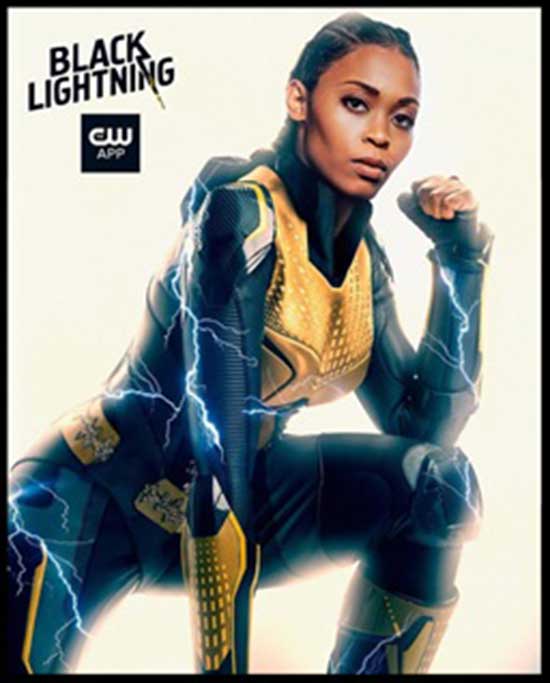 Born and raised in Philadelphia, Williams has always had an affinity for acting. She started her career as a hair and beauty model with guru Nick Chavez showcasing his products.  At the same time, Williams was also juggling school at West Chester University where she graduated and intended to pursue a degree in law.  After working in the homicide department for the D.A.’s office she realized law was not her path. Williams began to grow her skills and started taking acting classes with Tasha Smith and Susan Batson (Nicole Kidman), and those classes would soon pay off as she booked her first professional job in 201, starring in Meek Mills’ hood noir feature film STREETS. From there she began booking role after role on hit TV series “Code Black,” ‘Survivor’s Remorse,” “One Life to Live,” and “Real Husbands of Hollywood.” Most recently, Williams had a recurring role in Showtime’s revival of “Twin Peaks” and a co-starring role in the Netflix film BURNING SANDS opposite Alfre Woodard which was nominated for Sundance Film Festivals ‘2017 Grand Journey Prize.’
When Williams is not filming, she loves staying in shape physically and mentally through running, toning, and meditation. Williams believes that everyone should live their purpose and hosts the “VIP Happy Hour” (YouTube) with her friends where they inspire and motivate women to live the #girlboss life that is destined for them. Beyond inspiring women, she also gives back to the community through The Beatrice Foundation where she feeds the homeless on Skid Row in downtown Los Angeles.
We look forward to hearing your thoughts on setting up a time to talk to Nafessa about Season 3 of “Black Lightning,” and her new film BLACK & BLUE. Thank you!
Share