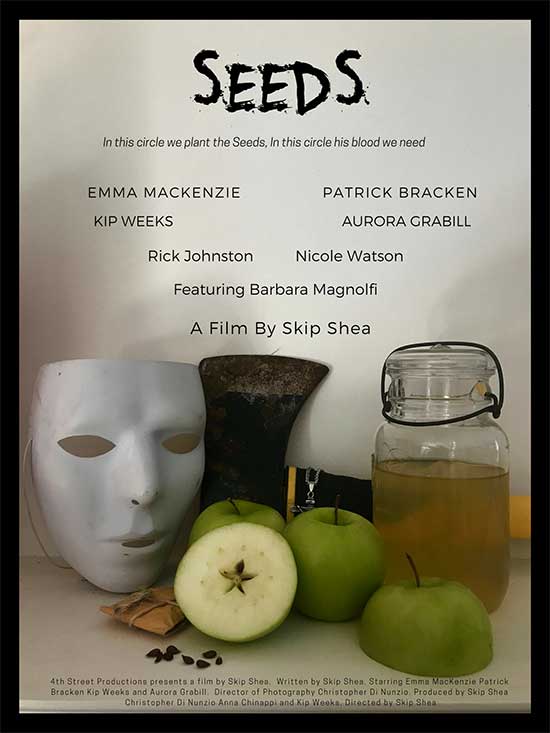 SOMEWHERE IN THE NEW ENGLAND WOODS – A sneak peek trailer for the new Skip Shea genre film SEEDS from 4th Street Productions is now available.
SEEDS is a New England folk horror tale that is as old as the Book of Genesis, pitting pagans against the Church in a struggle for one woman’s soul.
Grieving mother Macha (Emma MacKenzie) must track down her husband Andrew (Patrick Bracken), a university professor who has been invited to a remote area of New England to take part in mysterious cult’s ritual in order to receive an inheritance from his uncle. The cult that worships the mystical and ancient power of the apple has also been infiltrated by the Catholic Church under the command of the very ambitious Cardinal Sinibaldi (Kip Weeks). All the while, the cult has murderous thoughts of its own. 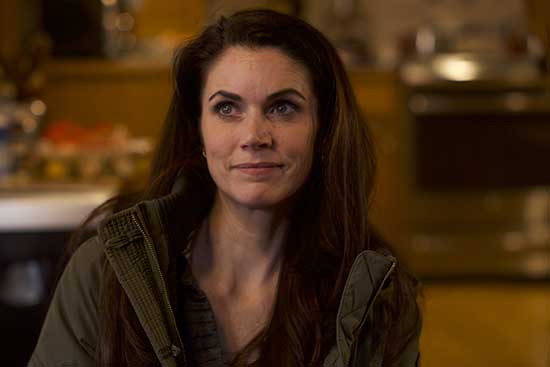 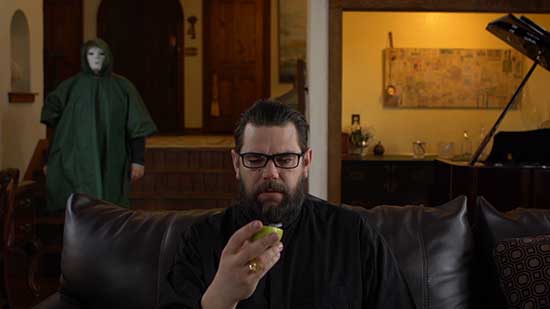