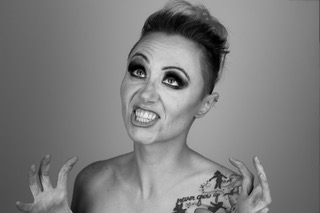 Female filmmakers are currently being short-changed by the film industry and there has been a marked decline in the representation of female directors in modern cinema. Despite this, a young British female filmmaker, Gemma Paul of Twisted Root Productions, is working hard to redress the balance.

Awareness of gender equality has been much discussed for well over a decade, yet the status quo has remained resolutely unchanged. Despite industry efforts to counter the imbalance, a new study by Martha M Lauzen PhD, “The Celluloid Ceiling”, has reinforced that gender inequality is still rife within the industry. The study found that women made up only 8% of directors working on the top 250 domestic grossing films of 2018, whereas in 2017 women accounted for 11% of directors working in that sector. The numbers point to a long-term trend of decreasing representation for female directors and show the movie industry remains overwhelmingly male-dominated. 92% of the top 250 films had no women directors, a staggering 96% had no women cinematographers, and 73% had no female writers. 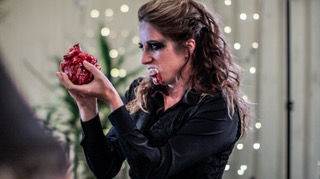 An earlier Directors UK Report, attributed this to the industry’s “unconscious systemic bias towards men, which is subscribed to by its primary gatekeepers and decision-makers and results in a perpetual skewing towards male filmmakers behind the camera and male stories in front of it”. The report established the lack of female filmmakers could not be attributed to a lack of drive or commitment, but to the fact that they are being overlooked by the industry once they are working within it. The workforce is 50/50 at the point where people enter the industry, however it was found that at every stage of their career as a director, women are being removed to such a progressive extent that, by the time you get to major features, the number of women is negligible.

As a woman attempting to make a name for herself within the Horror genre, the fight can be even harder, especially within the UK. This became evident to Gemma with her short film ‘Underland’ which was turned down by all but one UK film festival yet accepted by fourteen festivals in the US, going on to win numerous awards. Gemma’s first feature script, currently winning awards on the US festival circuit, has been described in reviews as ‘a gothic masterpiece that mixes horror and romance in just the right proportions’, and ‘a vivid and imaginative world that captures Victorian London in a fresh and unique way’. Despite the strong support, reviews and awards from the US market, little interest has been shown in the UK. 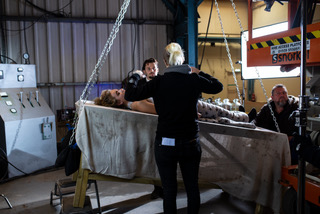 Gemma has also faced gender bias in the funding sector. “It’s not only on major features where women are being side-lined, statistics have proved that they are also being increasingly overlooked in favour of their male counterparts by the UK’s major public funders. Historically less than 20% of films receiving public funding had a female director, although over the past two to three years there has been an improvement on this, post the BFI introducing their Diversity Standards, with around 35% of women directed films securing funding.”

In the face of such shocking statistics there can be no arguing with the assertion that proactive change is needed to redress the balance, particularly as it’s becoming increasingly clear that the industry is unable – if not unwilling – to course correct on its own. With avid supporters such as Nicole Kidman, Meryl Streep and Jennifer Lawrence championing the fight against inequality, awareness has been spreading and campaigning on the issue has been intensifying.

Undeterred, Gemma remains passionate on the subject of her favourite genre. “British horror has a dire need for more intelligence within its genre. There are not enough high concept, highly visual and well-crafted films coming out of the UK that show the beauty and romance that can be brought to a horror film. Instead, there is a tendency to focus on tongue-in-cheek horror comedies and gritty, gore-fests. One of the last memorable horror films to come out of the UK that embraced this aesthetic was

The Woman in Black (2012). The film was atmospheric and visually stunning, it had a real sense of beauty in the way it was written, paced, designed and shot. My goal is to write and direct films which fit that dynamic. It’s what I love.”

With her dogged determination to overcome all obstacles and bring her distinct vision to audiences, Gemma has already garnered numerous awards and recognition in her fledgling career. It would appear that the cause for women in cinema has a new champion in Gemma Paul.